A week ago, the country lost one of its most beloved comedians, Raju Srivastava after he suffered about 41 days ago. The comedian, who has worked with some of the biggest stars in Indian cinema, was a massive fan of legendary actor Amitabh Bachchan. Reciprocating the love the actor-comedian had for him, Amitabh too showcased his support and respect for his colleague by constantly encouraging his family via social media and even sending a voice note. Now, expressing her gratitude towards the star, Raju Srivastava’s daughter Antara penned a heartfelt note where she thanked Mr. Bachchan for his prayers and support. 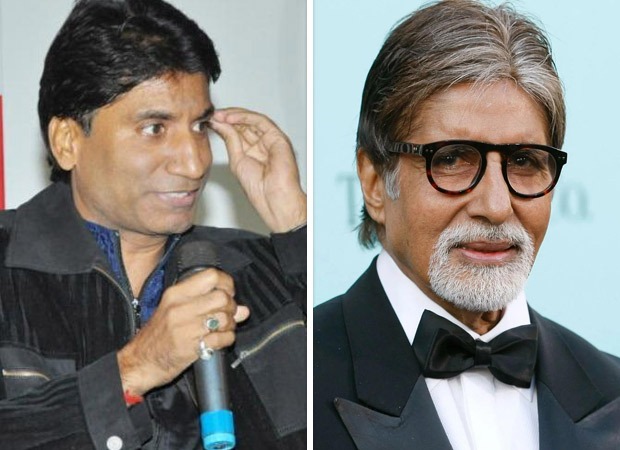 Antara took to her father’s Instagram page to reveal about how her father Raju Srivastava considered Amitabh Bachchan as his idol and had even saved his number on his phone as ‘Guruji’ She said, “Extremely grateful to Shri @amitabhbachchan uncle for being there for us every single day during this tough time. Your prayers gave us an abundance of strength and support, which we will remember forever.” She further shared, “Since the first time dad saw you on the big screen, you have stayed within him forever. He not just followed you on-screen but off it also. He had saved your number as ‘Guru ji’ in his contacts. आप पापा के अंदर पूरा बसे हुए थे। (You were always there in his heart). Him reacting on listening to your audio clip clearly shows what you meant to him.”

She concluded the note by adding, “My mother Shikha, brother @aayushmaan.srivastava , my entire family and I, @antarasrivastava , are eternally thankful to you. The love and admiration he receives globally is all because of you. Warm regards to you. ????????”

Apart from the note, Antara also shared a series of photos of Raju Srivastava meeting Amitabh Bachchan on different occasions, as well as a photo of the entire Srivastava family posing with the legendary actor. She also shared a photo of the emotional note penned by the actor on his blog after the demise of the comedian. The note read, “Another colleague friend and creative artist leaves us… a sudden ailment and gone before time… before his creativity time completion… each day in the morning with him in spirit and information from near one… they got advised to send a voice to awaken his condition… I did… they played it for him in his state in his ears… on one instance he did open his eye a bit… and then… went away… his sense of timing and the colloquial humour of his birth shall remain with us… it was unique, open frank and filled with humour.. he smiles from the Heaven now and will be the reason for mirth with the God.”

Raju Srivastava’s daughter Antara posted about how Raju Srivastava considered Amitabh Bachchan as his idol and had saved his name Guruji on his phone.