On India's Nightingale Lata Mangeshkar's 90th birthday the Superstar Amitabh Bachchan put out a video where in the most poetic and lucid language Mr Bachchan expresses his love and admiration for the Nightingale. Reacting to the video Lataji says, "Bachchan Saab sent me the video. It is one the finest gifts I've ever received. These are words of a poet. Only the son of Shri Harivansh Rai Bachchan could have spoken such fine words. I humbly thank Bachchan Saab for his beautiful words." 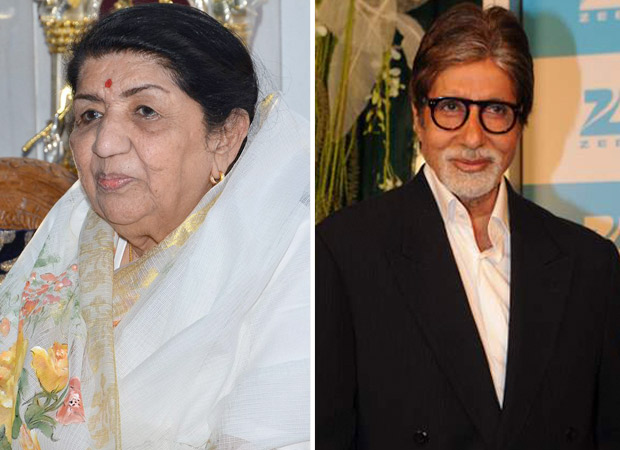 Recalling her long association with Bachchan Saab, Lataji says, "I've known him and Jayaji for many years. They are both such fine actors. And I know they are both very fond of me. I had the chance to sing with Bachchan Saab in Silsila. The song was ‘Yeh Kahan Aa Gaye Hum’. Unfortunately we couldn't record the song together as he was out of the country. I sang my portions first. He recited his portions later".

In Hrishikesh Mukherjee's Abhimaan where Jaya Bhaduri/ Bachchan played a singer the actress sought inspiration from Jayaji. Says Lataji, "That's right. She came and observed how I sang. Later when I saw the film I was surprised to see she had copied my mannerisms."

Lataji describes the Bachchans as a family of artistes. "They are an extraordinarily talented family. I wish each one of them the very best in life."