A couple of days back, we showed you how Priyanka Chopra and her The Sky Is Pink co-star Rohit Saraf broke out in a spontaneous Dandiya dance in Ahmedabad, during their promotional spree. The season of festivity is such that you can't help but indulge in some colourful fun. The latest to shake a leg were Sidharth Malhotra and Tara Sutaria who flew to Ahmedabad to promote their upcoming release Marjaavaan. 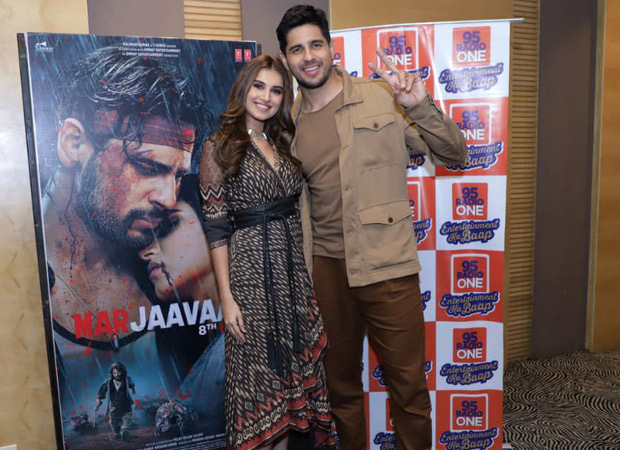 In a video, Sidharth and Tara are seen grooving along with the crowd. Dressed in green and yellow ethnics respectively, they seem to be enjoying the musical night completely! Watch the video below.

Directed by Milap Zaveri, Marjaavaan will also reunite Sidharth with his Ek Villain co-star Riteish Deshmukh, who reportedly plays a dwarf in the film. Adding to that, Tara's character will be mute. In the recently released trailer of Marjaavaan, everyone except her had a dialogue to say. This led to assumptions of her character being mute and she also confirmed it an event!

The film also stars Rakul Preet Singh in a pivotal role. It is slated to release on November 22, 2019.

Also Read: Abhishek Bachchan gave a hilarious response to a fan who spotted his lookalike in the trailer of Marjaavaan