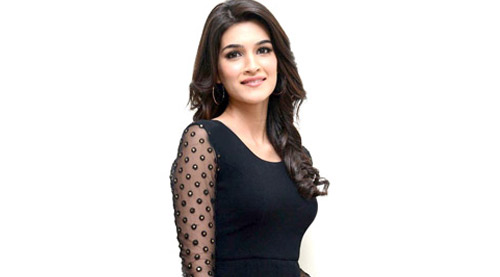 2014 has come to a close and the last of the debutants has already been seen on the big screen. With this, it is also time for Kriti Sanon to celebrate as she is the only debutant actress who has enjoyed a Rs. 50 crore start for herself in 2014 with Heropanti. With no other newcomer girl enjoying this feat in a year which was largely a poor show for even the big guns and generally disastrous for the new faces, Kriti Sanon is happy to have her head high as she comes out unscathed in a mayhem filled 2014.

"Honestly, we hadn't expected such a good run for Heropanti," smiles Kriti, "We were expecting a good turnout but to achieve a Rs. 50 crore start is something that none of us were prepared for. Tiger (Shroff), Sabbir (Khan), Sajid (Nadiadwala) - we all were pleasantly surprised. After all, we were a bunch of newcomers, not just Tiger and I but 21 others as well who worked on the film in some capacity or the other. There was no other star cushion either; we were all on ourselves with just the brand Sajid Nadiadwala backing us in a big way. We owe it to him. The film surpassed our expectations."

Today she is happy that even though more than six months have passed by, the songs from Heropanti are still playing, particularly during New Year revelries that saw continued play of 'Whistle Baja' and 'Pappi Song'. Meanwhile all eyes are on the Best Debutant awards that would be announced one after another in weeks to follow. No wonder, she and Tiger are largely touted to be the top contenders of the year by the industry bigwigs.

"When people appreciate you for your look then it is a good feeling but then it is an even bigger compliment when appreciation is for your work. I am looking forward to what's in store," says Kriti who has signed Singh Is Bling and Farzi with Akshay Kumar and Shahid Kapoor respectively, while already being in final round of talks with a couple of other major filmmakers.

With things going well for her, the Delhi girl has already shifted base to Mumbai.

"Yes, I have friends who stay in my vicinity but as such, I am pretty much on my own," says Kriti.