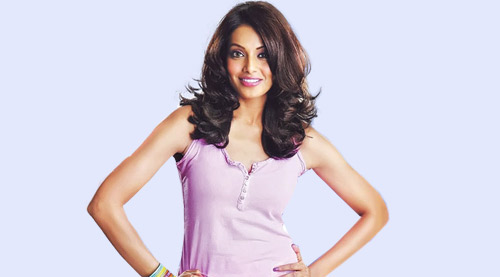 "It's being called spontaneous, and that's what came out of my mouth. I can't put justification to that," said Bipasha Basu in a Bollywood Hungama exclusive interview with Faridoon Shahryar about her 'John Kaun' reaction on 'Comedy Nights with Kapil' recently. Bipasha also spoke about the importance of a natural body language for exuding sex appeal and yes she also breaks silence about a lady hair stylist in New York propositioning her with a diamond necklace.

You are referred to as one of the ultimate male fantasies. How do you react to it?

I do take it as a compliment. But I don't really think about it so seriously. I continue to do my job and I pick up film on the basis of my gut, my liking and my interest. Yes, audiences do like me when I play a strong and dynamic role. They have never really liked me playing soft roles. Anything that I have done that is away from the normal has always been loved. But being the male fantasy, that's a part that I really don't think of! It's not what drives me to choose my roles.

You need to be a little effortless in whatever you are doing on screen. If you forcibly try to be somebody, you're never going to be that. Style and sexual appeal are 2 things that no one can teach you. It is your inherent style and appeal which looks nice on screen. Sometimes, in sexy scenes, people put a lot of effort and make a lot of expressions, it looks so cheesy! It's absolutely no-no for me. People need to understand what is sexy, what is sensual, what is crass and what is in-your-face. As an actor, there are times when you are inhibited when you are doing (sensual) scenes. But the choice of film and character that you have made makes you at that moment understand that you need to do things. And there's nobody putting a gun on your head you're not on that stage. So you do everything according to your comfort level

In the Comedy Nights with Kapil, you said, 'John Kaun'. Was it to evoke laughter or were you being indifferent?

It's called being spontaneous and that's what came out of my mouth. I can't put justification to that. I speak my mind. I don't really think and speak.

Men must have propositioned you many times but have women ever proposed to you and asked for favours?

Generally, straight women love me a lot. I have equal number of women and men loving and admiring me. And when a woman loves you, that's a true compliment. Men are very easy to please. So they love me anyways! And yes, I was proposed by a lady makeup artiste in New York once. She came up with a diamond necklace as well. She was in love with me. Also, in couple of parties, I have pushed some people!