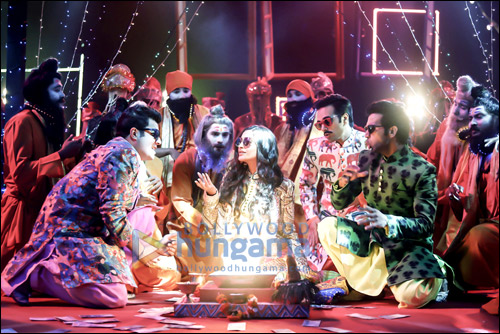 From internet memes to becoming a part of our daily lingo, the phrase 'Babaji Ka Thullu' has gained a lot of fame. This punch line was actually made famous by stand-up comedian Kapil Sharma through his show 'Comedy Nights With Kapil'.


Considering the way this catchy phrase has become popular, the makers of the upcoming comedy drama Dolly Ki Doli decided to use it for one of the promotional videos of the film. Producer Arbaaz Khan has acquired the rights of the words from Kapil Sharma and here's a glimpse of the actors' look in the song. A source close to the team said, "Arbaaz and Kapil are very good friends. And when Arbaaz asked Kapil if he could use this line in his song, he immediately agreed and in fact he was quite excited that the line will now be a full-fledged song. The song has turned out to be really funky and interesting which is as catchy as the phrase."

In fact, keeping up with the theme of the song, the lead actress Sonam Kapoor and other actors are seen in quirky, traditional and loud outfits and wacky goggles too.