Actress Kriti Sanon will be seen as a warrior princess in her upcoming film Housefull 4. The actress has said in her earlier interviews that she and the other two actresses Pooja Hegde and Kriti Kharbanda have action sequences in the film. 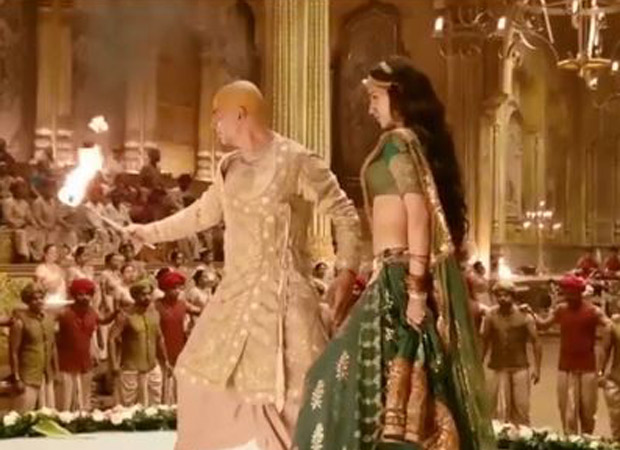 Now, the actress took to Instagram to share a BTS video where she and her co-star Akshay Kumar can be seen playing with fire. The video is a BTS shot from the song ‘Chumma’ from the film. Sharing the video, Kriti wrote, 'Playing with Fire! Literally!!! ???? ???? while he seems to be a pro, the clumsy me was very close to setting my hair or clothes (or both) on fire! ???????? BTS of #Chhammo @akshaykumar"

Also Read: Housefull 4: Akshay Kumar shows up as a bald man for Bala song launch, twins in black with his ladies