Team of Ek Villain Returns is quite excited to showcase their film to the world. Now a day before its release, the team of the film reminisced about the day they called for 11 cakes to commemorate the wrap up of their film. For the uninitiated, the team wrapped up their film way back in March 2022 and celebrated it along with lead actors Arjun Kapoor, Tara Sutaria, filmmaker Mohit Suri and others. 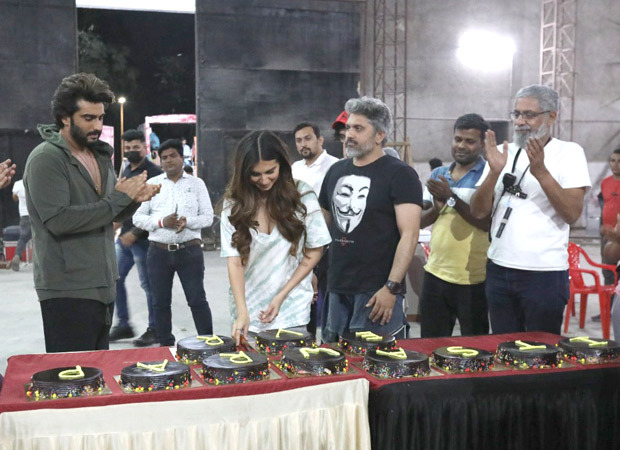 Did you know? Team of Ek Villain Returns called for 11 cakes for its wrap up bash?

A source close to the film recalled it saying, “The team of Ek Villain Returns were keen on making their wrap up day special for every crew member. So they went ahead and called for 11 cakes, one each representing one alphabet from ‘IT’S A WRAP EVR’.” (EVR is the abbreviation for Ek Villain Returns) The photo features Tara Sutaria director Mohit Suri, Arjun Kapoor and a few crew members. However, John Abraham and Disha Patani seem to be missed out on the bash.

Speaking about Ek Villain Returns, the film is a sequel to the Siddharth Malhotra, Shraddha Kapoor, and Riteish Deshmukh starrer that released in 2014. While it is being said that it is a standalone sequel, from what we hear, Riteish is expected to do an extensive cameo in the film. It has always been a franchise that has been close to Mohit's heart. Earlier he had spoken about the film adding, "Ek Villain Returns is my dream project. It has been an incredible journey since day one and all of us had a great time. As we wrap the shoot, I cannot wait to begin the next phase of the production and have the audience watch the final product. I had the best time working the entire cast, and the same has been reflected on screen."

On the other hand, the film will feature Tara in the role of a rockstar whereas Arjun Kapoor plays her leading man. It also has John Abraham sharing a sizzling chemistry with Disha Patani. The film features all of them in gray shaded roles and is directed by Mohit Suri. It is slated to release on July 29, 2022.

Also Read: ‘Getting inked for me was always about imprinting a part of your soul onto your body” – Arjun Kapoor on sporting tattoos for Ek Villain Returns