For everyone who has come in late, the Bollywood remake of The Fault In Our Stars went on floor in the small town of Jamshedpur last month. Now a new schedule of the film titled Kizie Aur Manny is being shot in Ranchi and the entire team is a part of the same. The film stars Sushant Singh Rajput in the lead role and whilst he is currently shooting in the Jharkhand capital, did something so sweet for his fan that we must say was indeed heart-warming. 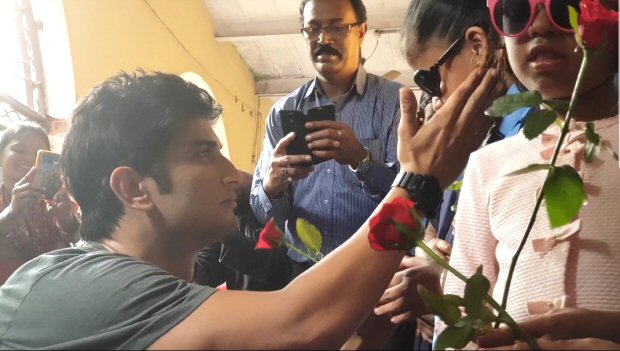 Recently, during the Ranchi leg of his upcoming film Kizie Aur Manny, Sushant Singh Rajput fulfilled a special dream for a kid. While on the shoot at St. Paul’s Church, Sushant got to know of a blind school near the set where the kids wanted to meet him. In between scenes, Sushant visited the school, shared some lovely moments with the kids and interacted with many of them too. 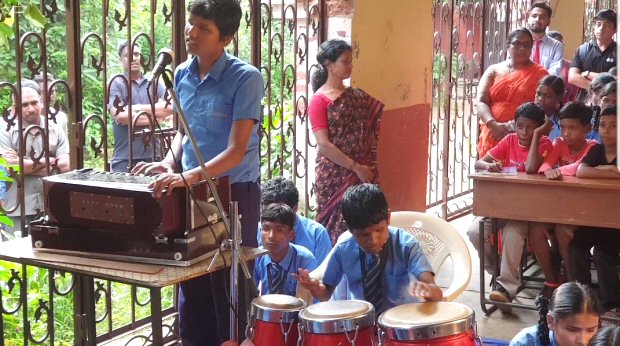 Not only this, he also got a chance to listen to a heartwarming song performed by a kid in front of his mates and teachers. It was a dream for the boy to sing for the MS Dhoni star Sushant Singh Rajput. The actor was so overwhelmed by the performance that he embraced the kid. 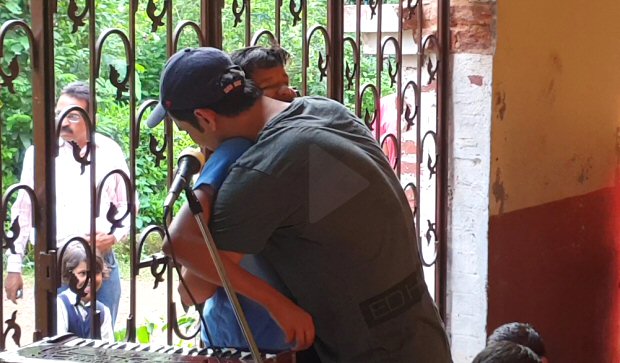 Speaking of his forthcoming film Kizie Aur Manny, the film marks the foray of casting director Mukesh Chabbra into film direction. It is produced by Fox Star Studios in association with Dinesh Vijan’s Maddock Films. Based on the book The Fault In Our Stars, the film that deals with love story of two cancer patients, will be adapted as per Indian sensibilities and hence features India’s small towns as its backdrop. While Sushant essays the role of Manny, newbie Sanjana Sanghi plays the role of Kizie. The release date for the film is yet to be locked. 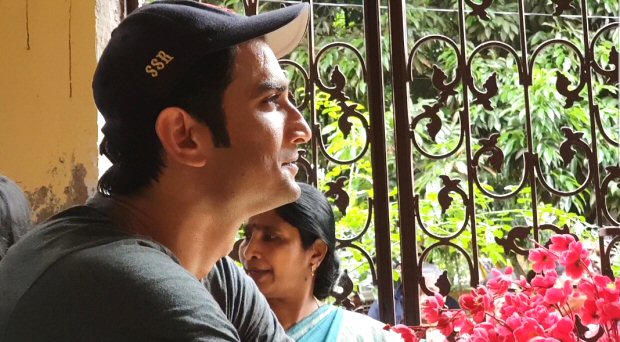 Also Read: The Fault In Our Stars remake: Here’s the FIRST glimpse of Sushant Singh Rajput and Sanjana Sanghi from the sets of Kizie Aur Manny