Varun Dhawan is one busy man who really has an array of projects lined up. With Sui Dhaaga - Made In India releasing next month, he is gearing up for the full-fledged promotions. The trailer was widely appreciated and received a positive response. Bollywood Hungama recently spoke to Varun Dhawan and Anushka Sharma about their upcoming, interesting on-set memories and played random quiz tag with them. 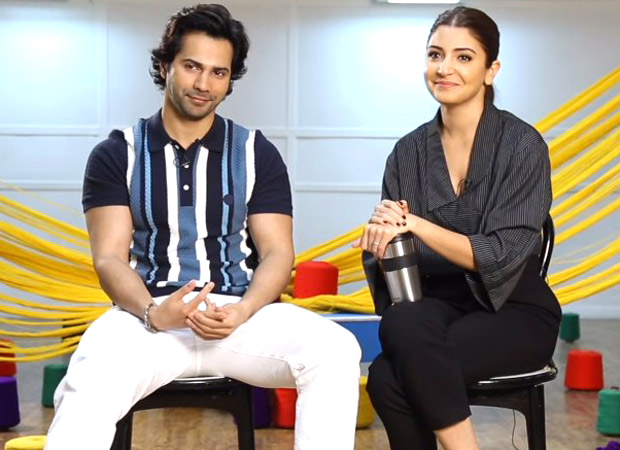 We often see Varun Dhawan listening to a lot of the 80s and 90s music while he travels to work. He shares those videos via his Instagram stories and has different playlists for different days. So, when we asked what the top three songs were in his current playlist, he had interesting songs to choose from his current lot of songs. Varun revealed, "I like this song from DJ Khaled called 'No Brainer'. Then, I really love this song from Manmarziyaan called 'Dariya' by Amit Trivedi. It is really nice. And, another song I like is 'Chogada' which is out from Aayush Sharma's movie. I really like that song." Well, that is an interesting playlist.

On the work front, Varun Dhawan will be seen in YRF’s next production Sui Dhaaga – Made in India. Directed by Sharat Katariya, the film stars Anushka Sharma in the lead and is slated to release on September 28.

Also Read: Varun Dhawan and Anushka Sharma BINGE WATCHED these three shows – Can you guess them?