Kaun Banega Crorepati kicked off season 14 recently in a rather celebratory manner. Readers would be aware that the show is famous for its quizzes but it is also known for the kind of stories that people narrate to the host Amitabh Bachchan about his fandom and the things they have done for the superstar. Similarly, a recent contestant named Professor Dhulichand, who is making news for reaching upto Rs. 75 lakhs with his intelligence, spoke about one such instance which pushed him to boycott Amitabh Bachchan. 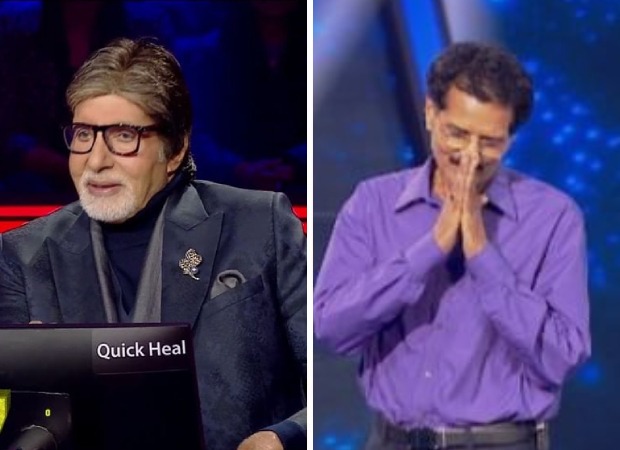 When Professor Dhulichand was invited to the hot seat, he shared an experience he had undergone during the release of Muqaddar ka Sikandar. He also added that the superstar owed him a debt of Rs. 10. Recalling the incident, Dhulichand said, “When I was studying in college, I used to survive each month with bare minimum amount. The financial situation back then was not good at home. Despite that, I took Rs.10 to watch your film on its first day. I planned to use it for the ticket, to pay the cycle stand, and to buy tea, snacks as well as return home.”

After waiting in the queue for hours, Dhulichand revealed that when his turn came, the mob situation worsened leading to a stampede and it was so bad that the police had to intervene. In fact, the professor also mentioned that he got lathi charged during the same. Amidst the chaos, Mr. Agarwal fell to the ground and sustained a head injury. It was then that he decided that he would never watch an Amitabh Bachchan movie.

Needless to say, the legendary actor was quite touched by the story. Not only did he return the debt of Rs. 10 as Rs. 20 with interest but also promised Dhulichand that he would watch the movie with him.