The popularity of Kaun Banega Crorepati has only been increasing leaps and bounds. The Amitabh Bachchan hosted game show is back with season 14 and will some new features on the show seems to have received some upgrading too. Needless to say, like every other season, this one too will have its own share of celebrity guests. And one of the first guests is Aamir Khan who will be a part of it during the Independence Day special of Kaun Banega Crorepati 14. The actor will be promoting his upcoming film Laal Singh Chaddha during the show. 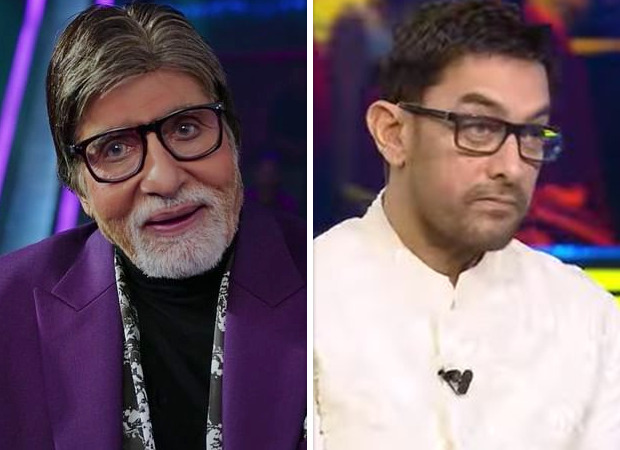 A recent promo featuring Aamir Khan and Amitabh Bachchan is receiving a lot of love from social media as it features an interesting camaraderie between the Thugs Of Hindostan co-stars. The said teaser from the forthcoming episode shows Aamir Khan on the hot seat as he is quizzed by Amitabh Bachchan over a video. After the host shows the video, Aamir requests him to replay it and we can see the actor getting down from his hot seat and walking towards the screen, as he intently stares at it to understand it. Just then, Amitabh trolls him by saying, “Jab tak perfection nahi hoga tab tak inko tassali nahi milegi.” (Until there is no perfection, he won’t be satisfied). Don’t know if he is speaking this from the experience of working with the PK star.

On the other hand, speaking about Laal Singh Chaddha, the film features Aamir Khan and Kareena Kapoor Khan in lead roles. It also stars South star Naga Chaitanya in a pivotal role, marking his B-town debut. Directed by Advait Chandan, the film is an official remake of the American drama Forrest Gump. It is slated to release on August 11 and will be clashing with the Akshay Kumar, Bhumi Pednekar starrer Raksha Bandhan.

Kaun Banega Crorepati 14, hosted by Amitabh Bachchan, airs on Sony TV at 9pm. The new season will kick off from August 7.