Kaun Banega Crorepati 13 has been welcoming some renowned celebrities for their Shaandaar Shukravaar episodes where they play the Amitabh Bachchan hosted game show for charity. This week, the Friday episode will be graced by Pankaj Tripathi and Pratik Gandhi. The promo seems like it is going to be a fun ride for the host as well as the audience. 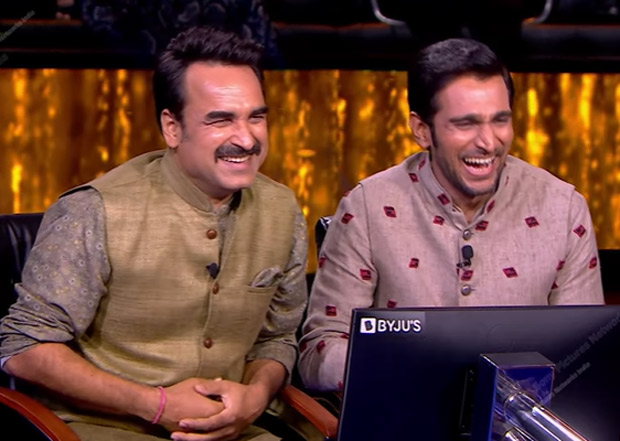 Pratik, who got fame after Scam 1992 recited his famous dialogue “Risk hai toh ishq hai” and left Big B cheering for him. After Pratik recited some of his popular dialogues, Big B told him this is all ‘dialoguebaazi’.

Last week’s episode was graced by Suniel Shetty and Jackie Shroff who shared some of their personal anecdotes about their childhood, friendship and their film career.

The special episode of Kaun Banega Crorepati will air on October 1 at 9 pm.

Also Read: Kaun Banega Crorepati 13: Amitabh Bachchan reveals that nobody can feel his pulse after he was operated upon his wrist