This week’s Shaandaar Shukravaar episode of Kaun Banega Crorepati 13 will be graced by the team of Sholay, who will join host Amitabh Bachchan for a reunion. Film’s leading lady Hema Malini and director Ramesh Sippy will be on the hot seat and play the game for a special cause. 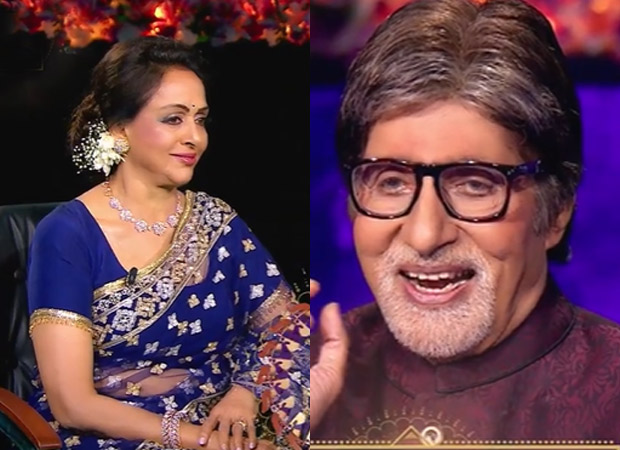 Hema, Ramesh and Big B will be seen celebrating 46 years of the film and also share some anecdotes from the film. Apart from reliving the moments, Hema and Ramesh will also reveal what actually happened behind the scenes.

In a teaser of the upcoming episode shared by the makers, Hema is seen reciting Dharmendra’s popular dialogue, “Basanti, in kutton ke samne mat nachna.” Further, Big B and Hema go on to re-enact a Jai-Veeru scene, where she impresses the audience with her Bachchan impersonation. As revealed by the sources, the episode will also see the two actors reliving their Satte Pe Satta moments as they will groove to the popular song ‘Dilbar Mere’.

Hema and Ramesh will be donating the winning amount to the ‘Hema Malini Foundation’ that works towards the education and medical treatment of children in Mathura.

The special episode will air this Friday, October 15 at 9 pm on Sony Entertainment Television.