Courtesy of her pleasing personality, Bollywood actress Katrina Kaif has won millions of hearts. Along with her professional front, the actress is constantly making headlines for her personal life as well. While promoting her upcoming flick, titled PhoneBhoot, Kaif has often asked how marriage has changed her life. During one such conversation recently, Katrina revealed that Vicky’s parents had given her a nickname. 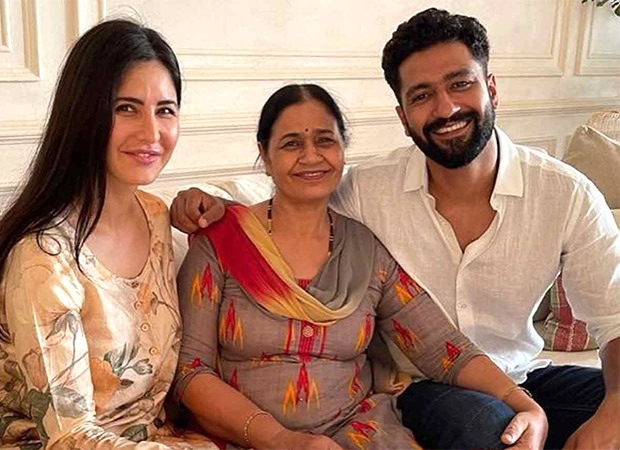 For the unversed, Kat will soon grace the set of the popular TV show The Kapil Sharma Show. In the episode, she will be seen talking about her bond with her mother-in-law Veena Kaushal. She reveals that Veena cooks sweet potatoes for her because of her diet regime. She also adds that her mother-in-law urges her to eat paratha as well.

“Initially Mummy ji used to urge me a lot to have parathas and since I’m on a diet I couldn’t have it so I used to just have a bite. And, now that we have almost completed a year of our marriage, Mummy ji now prepares sweet potatoes for me,” asserts on the show. She concludes by saying, “My in-laws call me Kitto with love.”

Katrina got married to Vicky on December 9, 2021, in Rajasthan. This was not the first time when the actress-turned-entrepreneur spoke about Vicky and his family. Previously, she opened up about the same in Koffee With Karan 7. She had stated that the most significant thing that struck her was Vicky's relationship with his family.

Explaining her take, the Bharat actress had further added that one thing that always occurred to Katrina was the kind of loyalty, respect and importance he gave to his family, he would give the same importance to her in the future.

Coming to her professional front, as stated above, she is gearing up for her next PhoneBhoot, co-starring Siddhant Chaturvedi and Ishaan Khatter. The horror-comedy is slated to release on November 4.