Kartik Aaryan is all set to entertain the audiences with his upcoming film, Bhool Bhulaiyaa 2 from the 20th of May. The audience is highly anticipating the film, especially the fans of the Dhamaka actor as he is always being talked about on social media these days. 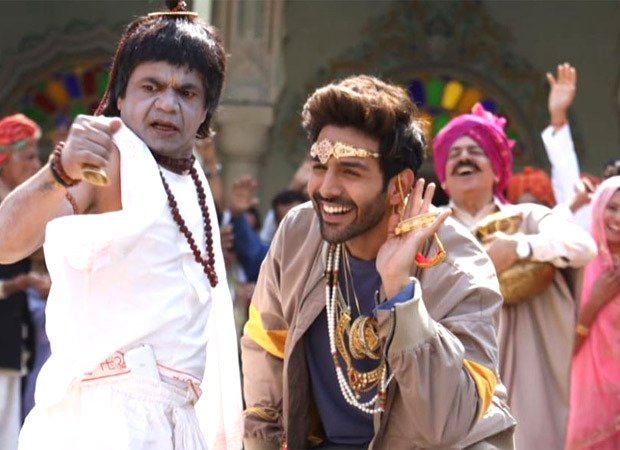 The film also stars Kiara Advani, Rajpal Yadav, and Tabu in pivotal roles and recently the famous Chhota Pandit opened up on working with Kartik for the sequel in an interview with a leading paper and was all praises for him. He shared, "The experience of working with Kartik was great. Haste khelte Kartik ne iss film mein kaam kiya hai."

Rajpal Yadav adds, "It was a challenging role for Kartik but believe me, he has done a fantastic job. When we met on the first day, it didn't feel even for a moment like we've not met before. Even though we worked for the first time, it felt like we'd known each other for many years. Aisa laga hriday se ek dusre ko bahut pehle se pyaar karte hai. Kartik's performance in Bhool Bhulaiyaa 2 will definitely touch the hearts of the audience. His performance in the climax is one of the major highlights of the film."

Ever since the teaser of the film, the audience has been raving about the film and how they cannot wait to watch it. Kartik's title track to all the songs that have been released has been breaking records as they feature the actor in a cool, new avatar as a complete commercial package who delivers excellently when it comes to dancing, acting as well as his famous comic timing.

After Bhool Bhulaiyaa 2 release on 20th May, the star will also be seen in Shehzada, Captain India, Freddy and another untitled project by Sajid Nadiadwala.