Actor Kartik Aaryan is currently basking in the success of his recently released film Bhool Bhulaiyaa 2. While the film has started streaming on Netflix, it is still continuing its success streak in the theatres. Directed by Anees Bazmee, the film also stars Kiara Advani. Recently, during the promotions of the film with Netflix India, the actor was asked about his dog, Katori, and the reason behind the name. 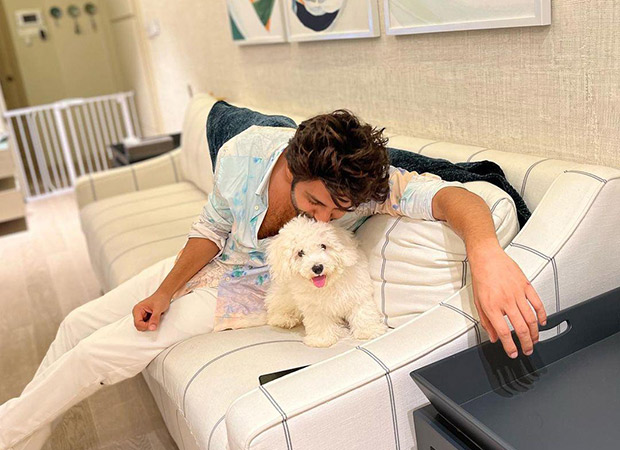 Kartik Aaryan reveals why he named his dog Katori Aaryan

Last year, Kartik introduced the new member of his family- Katori Aaryan- his pet dog. The actor often posts adorable pictures with his little pet dog and also manages the Instagram account dedicated to Katori. During the interview when he was asked for the reason behind naming his dog, Katori (which means bowl in Hindi), the actor said, “She is Katroi Aaryan because jab woh gharpe aayi thi she looked like a bowl. Itni choti si and katori jaise hi dimaag mai tha. Toh isliye katori rakh diya naam, uska haircut bhi katori jasisa hai( We named her Katori Aaryan because when she came home she looked like a bowl. She was so small that a katori came to mind on seeing her. So we named her Katori and her hairstyle is also like a katori)”.

Kiara, who was a part of the interview, said that Kartik does not want anyone to know the breed of the dog. To this Kartik said that the breed name is one that is very difficult to pronounce.

Meanwhile, on the work front, Kartik Aaryan will next be seen in the film Shehzada, a remake of the hit Telugu film Ala Vaikunthapuramloo. He also has Freddy, Captain India, and a yet-untitled film with Sajid Nadiadwala in the pipeline.

ALSO READ: Kartik Aaryan talks about his love for football and his favourite team: “I used to bunk classes in school to play football”