Jugjugg Jeeyo is currently making news for its extensive promotions. The family entertainer has an extensive ensemble cast including Varun Dhawan, Kiara Advani and veterans like Anil Kapoor, and Neetu Kapoor. But amidst them, there is also Prajakta Koli, who is making her Bollywood debut with this Karan Johar production. From what we hear, Dharma Productions opted for this deliberate move as they are keen on giving digital celebrities a Bollywood platform to showcase their talent. 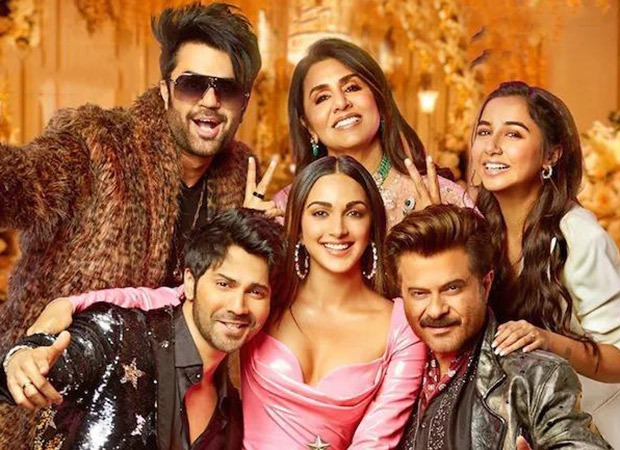 Readers would be aware that Prajakta Koli will be seen in pivotal role in Jugjugg Jeeyo as she plays the role of Varun Dhawan’s sister as well as Anil Kapoor and Neetu Kapoor’s daughter. The film revolves around her wedding and the drama that unfolds before she ties the knot. Besides her, popular influencer Viraj Ghelani, who is known for his short videos and has worked with digital channels like Filter Copy, too has been roped in for a Dharma film. He will be seen alongside Vicky Kaushal, Bhumi Pednekar, and Kiara Advani in Govinda Mera Naam. However, his role is currently being kept under wraps.

Speaking about this strategy opted by Dharma Productions, a source close to the production house also cited a few other examples where Karan Johar and his company has opted to have digital celebs in important roles in their films.  The source said, “Dharma Productions is one of the leading production houses in the country. They have been giving a platform to influencers and nurturing new talents from the digital space – e.g. Kusha in Ghost Stories, Harsh Beniwal in SOTY2, and recently, Prajakta Koli in Jugjugg Jeeyo. And now, content creator Viraj Gehlani too will be a part of Dharma’s next - Govinda Naam Mera.”

Let’s see which other celebs will receive this opportunity to feature in a Dharma film. As for Jugjugg Jeeyo, the multi-starrer will release on June 24.