Kartik Aaryan has always been vocal about his love for his fans. Every post and every picture he shares on social media, he always makes sure that it makes his fans and followers smile and constantly be in touch with them. Kartik Aaryan has recently shared a post where he expresses his heartfelt gratitude for his devoted fan. 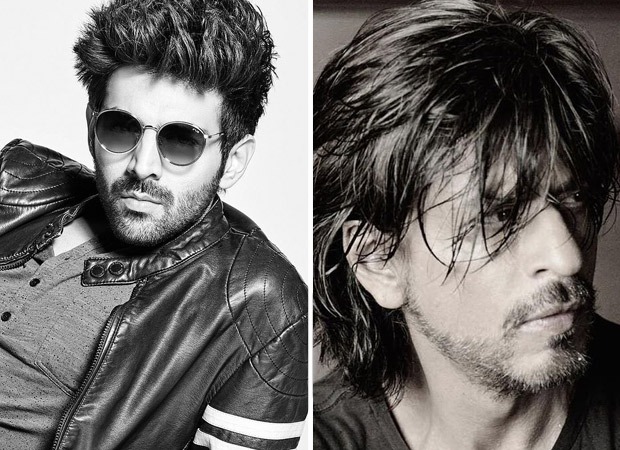 Kartik Aaryan has reposted a fan’s picture on his account where we see a girl dreamily gazing at his posters which are pasted everywhere on her wall. She has several collages of his pictures from photoshoots and newspaper clippings and decorated it with fairy lights. This sweet gesture surely touched Kartik Aaryan’s heart and he reposted the click. What made this repost special is the fact that Kartik very sweetly expresses gratitude and shares his thoughts. He says, ‘Can never be grateful enough. As a kid, I used to have @iamsrk sir’s posters. Aur Ab insta ke zamane mein to see Fans having my posters like this is surreal. It’s Magical !! truly, to all the fans, I’m missing you guys so much in this lockdown.’ He further even thanks the fan specially and states, ‘Thank you Piku… Your love keeps me going.’ Now that’s really sweet of the young superstar. Kartik Aaryan has been a big fan of Shah Rukh Khan and he has said it several times. In fact, few weeks back he had even recounted the story on social media when he got to meet Sagarika Ghatge almost a decade back and asked the Chak De India girl to pass on his wishes to King Khan, when he was just a nobody.

Kartik Aaryan who has been a complete outsider in the industry has time and again candidly confessed about his struggling days and how he used to be just a fanboy who loved movies and the stars. Today he has reached a pedestal with his hard work and sheer talent. Despite reaching a position, the young heartthrob has never forgotten his basics and neither shies away from talking about his early non-starry days. Moreover, the love and warmth gives his fans despite being a superstar just speaks of his humility and that success is surely the sweetest when earned with hard work. The nation loves to love this boy and for all the right reasons.