Kartik Aaryan and Ananya Panday’s chemistry, both on and off-screen, has been receiving an overwhelming amount of love. The two are extremely compatible and were usually seen pulling each other’s legs during the promotions. Their film, Pati Patni Aur Woh has been killing it at the box office and the stars are clearly ecstatic with the success. 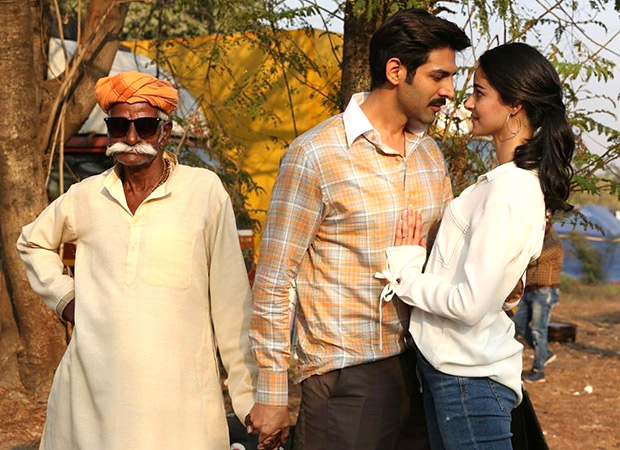 Just as the film has released, Kartik Aaryan has moved on to his next, Dostana 2. He will be seen starring in the film with Janhvi Kapoor and Lakshya. While he’s shooting for the film, he posted a picture with Ananya Panday where they have recreated the iconic Pati Patni Aur Woh pose with an old man! He posted it with the caption, “Kartik Ananya Aur Woh Subtly moving on to the next one !! #PatiPatniAurWoh #Dostana2 Prep ????”

Kartik Ananya Aur Woh Subtly moving on to the next one !! #PatiPatniAurWoh #Dostana2 Prep ????

Kartik Aaryan will also be seen in Bhool Bhulaiyaa 2 with Kiara Advani.