Aamir Khan and Karisma Kapoor starrer Raja Hindustani completed 25 years since its release on Monday. Celebrating the occasion, Karisma shared a montage from the film and even revealed an interesting secret. 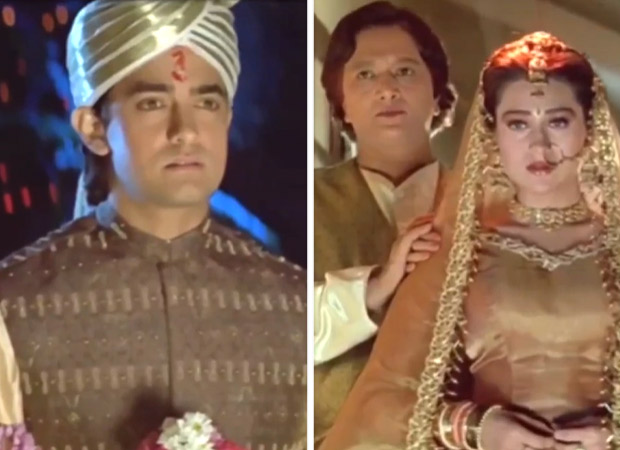 Sharing the post on her Instagram handle, Karishma wrote, “Letting you in on a secret, ‘Aaye Ho Meri Zindagi Mein’ is one of my personal favorite songs of my career. As a young girl performing on this song made me feel a rollercoaster of emotions. Talking about love and sacrifice, the lyrics are so beautiful, so poignant. It will always be close to my heart. Celebrating 25yrs of Raja Hindustani ❤️#AamirKhan #DharmeshDarshan #CineyugFilms #ManishMalhotra #25Years.”

Directed by Dharmesh Darshan, Raja Hindustani featured Aamir Khan in the titular role of a taxi driver, who falls in love with a city girl (Karisma Kapoor) when she visits his small-town. While the two get married, they soon realise the challenges in life given their class divide.

Also Read: Karisma Kapoor dons a silk kurta set which is the perfect formal pick from Payal Khandwala worth Rs. 27,000