TV actress Karishma Tanna, who recently tied the knot to Varun Bangera, had her griha pravesh ceremony on Monday. In recent photos, Karishma can be seen in a bright pink saree, posing for the camera, while Varun wore a mustard kurta. 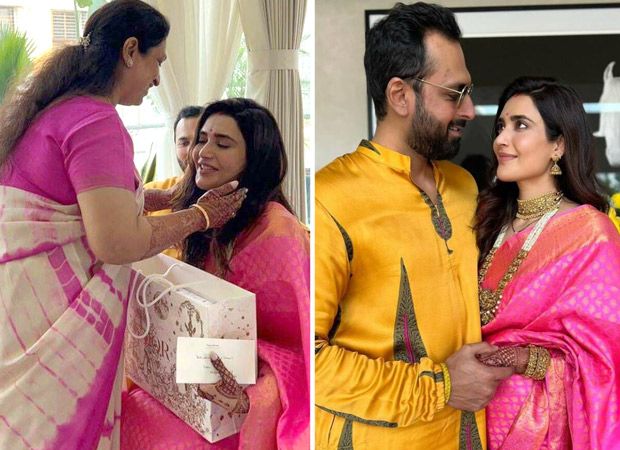 Actress Karishma Tanna and her longtime boyfriend Varun Bangera got wedded on Saturday (February 5) in the presence of their families and friends. They got engaged in a ceremony in November 2021, and had avoided talking about each other in public.

The announcement of their relationship and engagement was substantiated by producer Ekta Kapoor, who posted a social media story with the couple. She also wished the two an “awesome future”. “Congrats Varun n karishma! Best wishes for an awesome future together,” Ekta’s caption read.