From a samosa stall in Moga, Punjab, Sonu Sood has shared a message for his fans! The new host of Roadies says he’s really excited to host the new season. Sonu mentions that the upcoming 18th season will be filled with fun & adventure and will have the best roadies across the country. 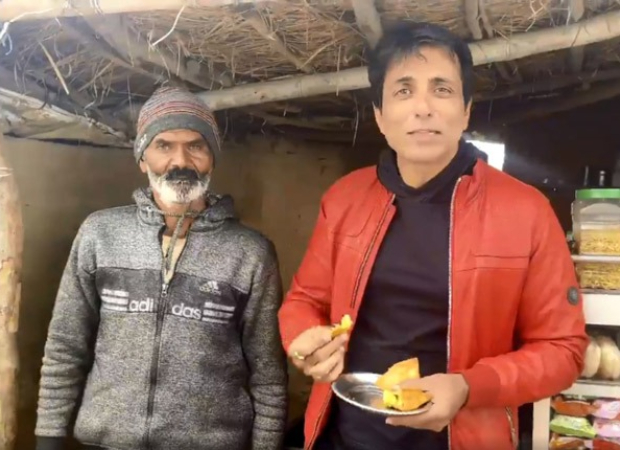 Being a foodie, Sonu then speaks of indulging in samosa and chaat before he leaves for the journey ahead in South Africa as he may not get to have the delicious Indian delight in South Africa.

Shooting for Roadies Season 18 begins in the second week of February 2022 while the show is expected to go live in March on MTV India. Shot against the gorgeous and picturesque locales of South Africa and peppered with never-seen-before twists and turns, the Roadies journey, produced by Pippip Media, promises to be a fresh new adventure. But amidst all the surprises, the major revelation is the new man in the driver’s seat for the all-new season of MTV Roadies –philanthropist and actor Sonu Sood.

As the host of Roadies season 18, Sonu's maiden reality television outing will lead the way for an enthralling new journey and guide contestants through the thrilling landscape of South Africa- through sandy beaches, mountains, rivers, bays, harbours, deserts, and dense forests. Sharing his excitement on hosting MTV Roadies, Sonu Sood says, “MTV Roadies depicts the phenomenal spirit of the youth, who dare to challenge their limits. The new season is going to be high on adrenaline and adventure and will leave viewers on the edge of their seats. The show comes with an infectious energy; something that’ll inspire me at every step to push my limits as well. I am thrilled to host the upcoming season and take the contestants through this South African expedition.”

ALSO READ: Rannvijay Singha quits Roadies after 18 years of hosting it, Sonu Sood to replace him as ‘mentor-host’