Ishaan Khattar who makes his stunning debut in Majid Majidi’s Beyond The Clouds speaks to Subhash K Jha on what cinema & acting mean to him.

Ishaan, I believe you chose not to be a trained actor?
That’s right. I never attended any acting school, though I’ve done theatre workshops a couple of time and it has been an extremely enriching experience. But beyond that I don’t want to acquire the skills of acting and use them on camera. I’d rather learn on the job. 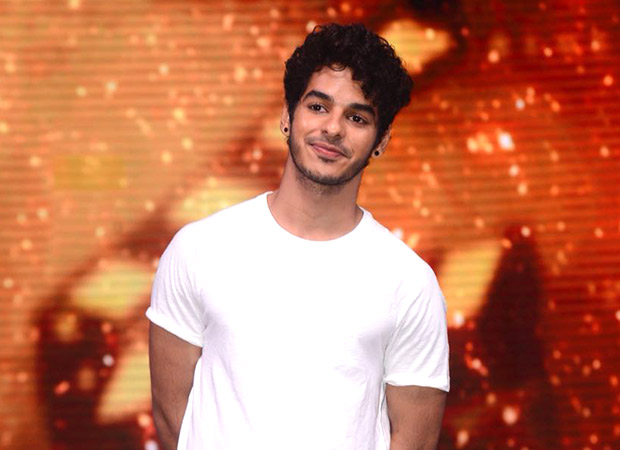 Yes, which acting school did Mr Dilip Kumar go to?
Wasn’t he from a very humble background with no connection to cinema or acting? Even my director Majid Majidi came from a very humble background. He trained to be an actor and could’ve become a leading star of Iran after acting in talked-about films like Boycott. But he chose to direct films. Some of them, which are today regarded as classics, had such a meagre budgets there was hardly any money for proper meals for the crew. But he stuck on. I believe it’s always important to listen to the call of your heart.

Is that what you intend to do in your career?
I will try. I don’t think I can live a life of compromise. If I did I wouldn’t be able to sleep properly. Not that I am getting much sleep anyway (laughs).

Are you planning to do as many films as possible? Or would your output be meagre like your brother Shahid Kapoor?
I will do all the films that I want to do. If I like the script I may end up doing five films at the same time, though I think that would be too much overlapping. I don’t know how actors of yesteryears managed to do three shifts every day.

Right now it is the release of one film and the shooting of the other?
Yes, while I am promoting Beyond The Clouds we’ve almost wrapped up the shooting of my second film Dhadak. They happened one after the other by providence. I could’ve ended up not doing one of them if my producer Karan Johar had not been so supportive.

How did that happen?
My debut film was going to be Karan Johar’s production Dhadak. The dates, schedules everything was worked out. I was ready to shoot for Dhadak when I was offered A Walk In The Clouds.

I believe you were the first and only choice?
Majid Sir had considered others. But once Honey Sir (casting director Honey Trehan) came on board it was more or less me that Majid Sir wanted. He saw my auditions and told Honey Sir to cast me. That’s when I was placed in a dilemma. If Karan Sir had not agreed to push his film forward….

He actually postponed Dhadak to accommodate Majid Majidi’s film?
Yes! I went to him with my problem. I told him very honestly that I didn’t want to miss out on the opportunity to do Majid Majidi’s film. Karan Sir heard me out and agreed to postpone Dhadak for me to do Beyond The Clouds. I suppose it was just my good fortune that I didn’t miss out on such an opportunity.

Now that A Walk In The Clouds is ready for release, what are your thoughts on it?
Exactly the same that I had before I started shooting. Thank god I didn’t miss out on doing the film. And now look at providence. Dhadak is releasing on the same date, 20th that it was supposed to earlier when it was planned as my debut.

Was there a lot of preparation involved?
Well, I had to lose 8 ½ kilos almost overnight before shooting for Beyond The clouds. Since I was playing a boy from the chawls Majid Sir wanted me to look undernourished. I stopped going to the gym to get the physique required. This(not going to the gym) was very unusual since it was an instinctive part of my daily routine. 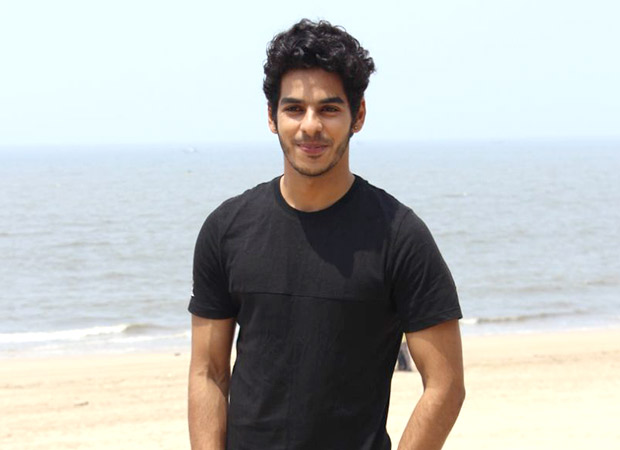 What about the spoken language?
Yes, for that I took the help of Akaash the actor who plays my best friend Anil. He’s a rapper. I hung around with him and his friends to get a hang of the way they talk.

It is interesting that both the characters you play in Beyond The Clouds and Dhadak are from a strata of society far removed from you. Did you find it difficult to connect with them?
The whole notion of acting hinges on assuming unknown characters. Isn’t that what I am here for? It was a challenge doing these two films as my debut and post-debut. I hope I’ve done what was required from me.

Did you use the same body type for both roles?
No no. For Dhadak  (director) Shashank Khaitan Sir wanted me to bulk up a bit, to look like an average guy.

How has your brother Shahid and mother (actress-dancer Neelima Azim) reacted to your performance in Beyond The Clouds?
My mother is my best friend and my biggest critic. When she saw my performance she had one thing to say which said it all. “Who are you?” It was her way of telling me I had disappeared into the character. I have to thank my mother for bringing me up on a regular diet of Hindi and American classic films. We’ve been travelling together extensively for the promotion and screening of Beyond The Clouds. It’s an enriching experience. I feel I am being exposed to all kinds of cinema at a very young age. It’s helping me grow as an actor.

What was Shahid’s reaction to your performance?
You know, for the longest time he couldn’t watch the film because he was busy with Padmaavat. Finally I had to ask Majid Sir to organize a private screening for Bhai. Normally Majid Sir doesn’t arrange private screenings for anyone. But he made an exception for Bhai. It was just my mother, Bhai and I.

And?
It was one of the most memorable events of my life. Bhai didn’t say anything. When the film was over he took an angdaai (stretch and yawn) and then gave me a look expressing what he felt. That look said it all. It meant the world to me. I’ve always looked up to Bhai. And I continue to seek his advice.

Are you prepared for the comparisons with Shahid?
They’ve already started. It can’t be helped. We are brothers and people will try to see similarities between us. I don’t mind. Because on a personal level I’ve always looked up to him.

Also Read: DHADAK WRAP UP: Janhvi Kapoor and Ishaan Khatter get MUSHY in a gooey sweet post with Shashank Khaitan