Bigg Boss 15 successfully ran for a span of almost 4 months. The season witnessed a lot of controversies, fights, romance and friendships. One of the friendships which was very much loved by the audience and became the major highlight of the season was of Umar Riaz and Karan Kundrra. 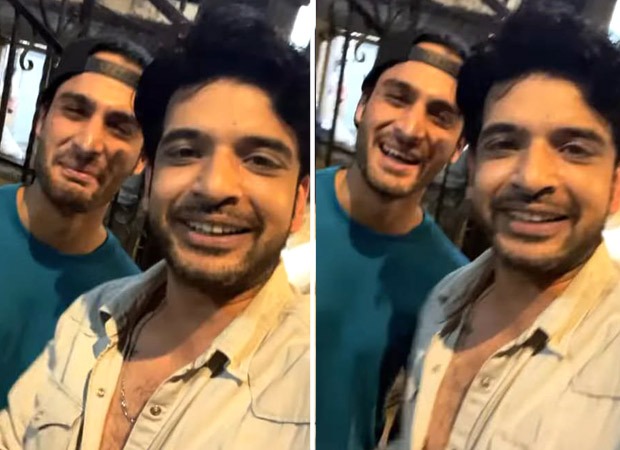 In the show, Karan emerged as the 2nd runner-up, while Umar Riaz was evicted midway from the house for flouting some house rules. Post Umar's eviction, the audience was eagerly waiting for both of them to reunite. Now, it's finally a treat for both of their fans as they finally have reunited after Bigg Boss 15.

Last night, Karan drove to Umar’s place to meet him and shared the moment of their reunion on his Instagram story. His excitement to finally see and meet Umar after a long time is evident in his voice.

In the video, Karan arrives at Umar’s house and jumps out of the car to tightly hug him. He mentions that Umar has lost a lot of weight and then mocks him by calling him ‘bal ka prayog’. This is followed by both of them getting in one frame. Next, Karan hilariously says, “Hum bal ka prayog brothers ikhatte ho gaye hain. Ab main isko jhappiyya paunga pappiya karunga.”

Hereafter, Karan gets back to show Umar’s dry fruits collection and says that they will have a dry fruit party now. He also shares that he will get a haircut done from Umar because he knows how to handle his hair perfectly.

ALSO READ:Karan on his bromance with Umar Riaz: “I knew it’s a friendship for lifetime”| Bigg Boss 15