Last Updated 27.01.2023 | 10:23 AM IST
feedback language
follow us on
Bollywood Hungama » News » Bollywood Features News » Karan Johar pens a note for Alia Bhatt, Sidharth Malhotra and Varun Dhawan as Student Of The Year turns 10: ‘My first protective parental feeling was for all three of them’

It’s been 10 years since Karan Johar’s Student Of The Year released on the big screens. The film marked the debut of David Dhawan’s son Varun Dhawan, Mahesh Bhatt-Soni Razdan’s daughter Alia Bhatt and model-turned-actor Sidharth Malhotra. Since their debut, all three actors have carved a niche for themselves. Alia Bhatt has gone on to become one of the top female stars in the country; Varun has witnessed several successes and road bumps. Sidharth too, had gone on to see enough ups and downs in his career with Shershaah becoming a massive hit for him digitally. Karan today is celebrating a decade of his directorial and his students who have now become some of the biggest stars in the country. 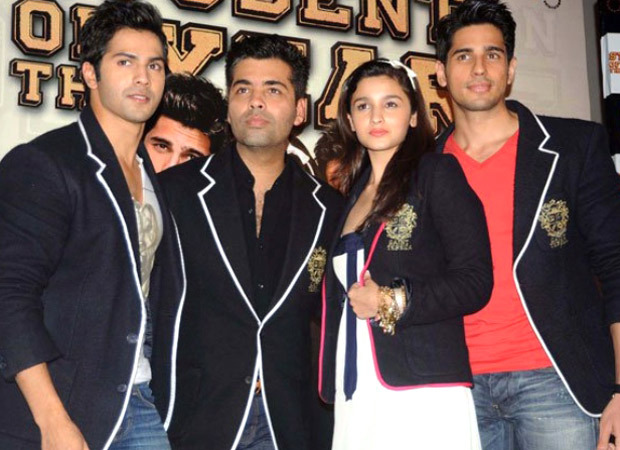 Karan Johar pens a note for Alia Bhatt, Sidharth Malhotra and Varun Dhawan as Student Of The Year turns 10: ‘My first protective parental feeling was for all three of them’

Sharing a video from the shoot days, in a sweet note penned by the filmmaker, he said, “SOTY started of as me making a “holiday film”…. A film that certainly wasn’t intended to move any cinematic mountains but a film that was young , fun and entertaining … what I didn’t realise then that this film would give me so much more than memories or a commercial success … would give so much more than a film in my directorial archives…”

He continued, “This film gave me three of my most defining relationships … Sid, Varun and Alia went on to become my family…..besides my mom they are the three people I think I talk to every single day…. I never knew way back then that I would have children of my own …but my first protective parental feeling was for all three of them… I love you SID! I love you VARUN and I love you ALIA (yes yes I know I am not supposed to keep saying it but what the heck love is love )… I say it to my kids and I want to say it to all 3 of you….. love you to the moon and back.”

Student Of The Year released on October 19, 2012. The film starred Rishi Kapoor, Ram Kapoor, Ronit Roy, Gautami Kapoor, Sana Saeed, Sahil Anand, and Farida Jalal in supporting roles. It was also the only directorial of Karan Johar, at the time, which didn’t star Shah Rukh Khan. The film got mixed responses for plot and screenplay but went on to become a box-office success. It was also appreciated for the performances of the three leads and its catchy music.

ALSO READ: Koffee With Karan 7: From jewellery to high-end speakers to chocolates; Karan Johar reveals what is in the ‘Koffee Hamper’’