Alia Bhatt is currently in news for entering the new phase of motherhood, is prepping to welcome her first child. But on the work front, the actress recently announced the release of her debut production Darlings, a dark comedy that will premiere on Netflix. It seems that her mentor and father-figure Karan Johar watched this film and is all praises for it. From appreciating it’s actors to its filmmaker, the director-producer cannot stop gushing about the film with pride. 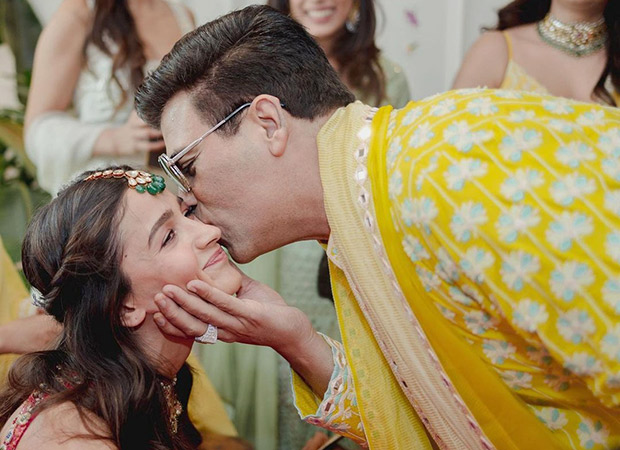 Karan Johar recently took to Instagram to share a long review about the Alia Bhatt, Shefali Shah film Darlings and appreciated director Jasmeet K Reen as he went on to term as ‘bonafide veteran’. He said, “A debut director so assured that she sucks you into the vortex of #Darlings like a bonafide veteran! To balance humour (dark and conversational) with a sensitive subject is a massive challenge in itself but the team of this nuanced noir and exceptionally solid film take it on and emerge victor victorious! So fun! So hard hitting and so engaging! All at once! @aliaabhatt @shefalishahofficial @itsvijayvarma @roshan.matthew are FANTASTIC!!! This is the best ensemble of actors I have seen in a long time! BRAVO! Take a bow Jasmeet @jasmeet_k_reen what a debut!!!! Can’t wait to see more of your work! Congratulations My baby girl @aliaabhatt what a brave decision to begin your producer journey with.. may the sunshine on your content decisions eternally! @gaurikhan @iamsrk @redchilliesent @_gauravverma take a BOW !! What a PROUD film to green light !!! May the force always be with you! So finally My darlings don’t miss #darlings on the 5th of August only on @netflix_in…..it’s a 5 star film!”

Followed by his post, Alia Bhatt too took to the post and dropped heart emojis in the comments section whereas filmmaker Jasmeet Reen said, “Honoured and humbled sir ❤️?❤️ @karanjohar.”

Speaking of Darlings, while the trailer of the film is already out, the dark comedy will release on Netflix on August 5, 2022.