The opening ceremony of the 52nd Indian International Film Festival of India (IFFI) was a star-studded event with almost all of the top celebrities present there performing live at the event. On Monday, filmmaker Karan Johar shared a video on his Instagram handle, where Ranveer Singh can be seen answering his questions in his unique style. 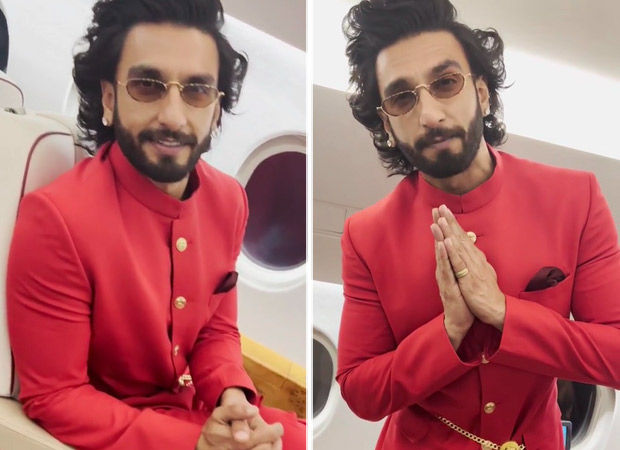 In the video, the actor and filmmaker can be seen in the flight going for the Film festival in Goa. While Ranveer was a in a red suit, Karan was not seen as he was the one making the ‘toodles’ video.

The video begins with Karan praising Ranveer’s outfit. He said, “I love it. You look so fabulous, just like a big stop sign.” Karan further asks him about the recent fashion trends that hit him. The video ended with Ranveer saying “Toodles.”

Talking about the film festival, the show was anchored by filmmaker Karan Johar and actor Maniesh Paul who entertained the audience. Ranveer’s performance was the highlight of the evening as he drove around on a motorbike and an open jeep while performing to songs of Bollywood superstars like Dilip Kumar’s ‘Yeh Desh Hai Veer Jawano Ka’ to Rajesh Khanna’s ‘Zindagi Ek Safar Hain Suhana’ and Amitabh Bachchan’s ‘Yeh Pyaar Hame Kis Mod Pe.’