For Telugu actor Allu Arjun, Pushpa: The Rise has been a gift that keeps on giving. The film continues to receive appreciation from the who's who of Indian cinema despite its box office success. Many significant figures in Bollywood and south cinema have applauded the film just days after its premiere on Amazon Prime Video. 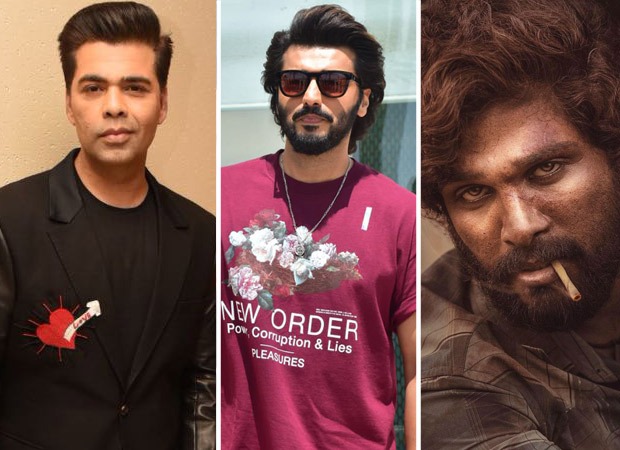 “ALLU ARJUN @alluarjun in #pushpa !!!!! INCREDIBLE!!!! What stardom! What a performance!!!!!! (sic),” Karan Johar took to Twitter to express his feelings.

“Pushpa is not a film. It’s an experience, a juggernaut of attitude intensity & coolness put together in one smooth poetic motion picture…@alluarjunonline for me was always Arya all these years and as a fan to see him go from Arya to Pushp was just amazing. (sic),” Arjun Kapoor shared in his Instagram story.

After seeing Pushpa, his step-sister Janhvi Kapoor has also become a fan of Allu Arjun. “The coolest man in the world,” she posted on her Instagram story.

@alluarjun just saw #PushpaTheRise on @PrimeVideoIN if it wasn’t for covid you’d probably do 200+ in Hindi alone. This is without increased ticket prices. What a film. What a hero/star/actor you are. Mard of a performance. The Fight with the hood on was beyond spectacular ???????? ????????

#PushpaTheRise WOW ! What an entertainer!Blown away.Kudos to #Sukumar ! All the characters have done a terrific job. Addicted to @ThisIsDSP ‘s songs and BGM !And @alluarjun ,what a performance !Body language and mind blowing acting !Loved the little nuances! Hats off ????????❤️❤️

Allu Arjun's performance in Pushpa wowed a number of celebs in the south as well. “#PushpaTheRise WOW ! What an entertainer!Blown away.Kudos to #Sukumar ! All the characters have done a terrific job. Addicted to @ThisIsDSP ‘s songs and BGM !And @alluarjun ,what a performance !Body language and mind blowing acting !Loved the little nuances! Hats off (sic),” Selvaraghavan, an award-winning filmmaker, tweeted.

What a fantastic riot #Pushpa was! @alluarjun hats off for picking a role so outside the box, I know how difficult it is for a hero of your image to bring in the characterisation for a movie like Pushpa. But this only shows your dedication and love for this art.

Allu Arjun also expressed his gratitude for all the excellent feedback by individually responding to each of them. On January 8, Pushpa: The Rise Part 1 became available on Amazon Prime Video. The film grossed over Rs. 300 crore from worldwide ticket sales during its three-week theatrical run.