Comedian Kapil Sharma will be hosting Taapsee Pannu and Tahir Raj Bhasin this weekend on his show The Kapil Sharma Show. The actors will be seen promoting their forthcoming film Looop Lapeta. Ahead of the episode, the comedy show released a trailer that shows Kapil asking them a couple of questions regarding their professions. One of which was about their lip-lock scene in the movie. 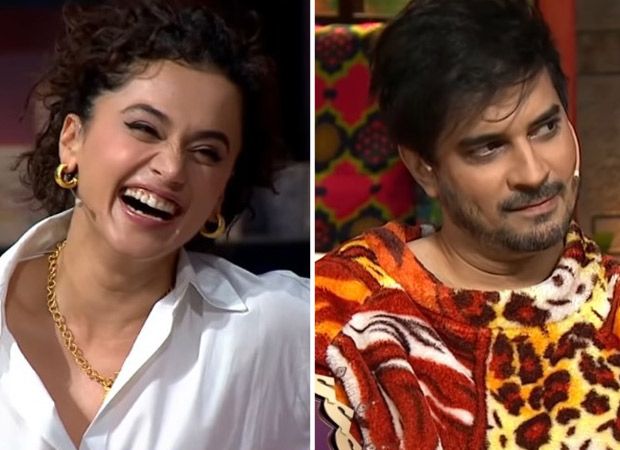 Anointing the kiss as ‘an exchange of oxygen’, Kapil asked Taapsee and Tahir if they ‘sanitized their lips’ before they kissed for the camera, owing to the ongoing Covid-19 pandemic. “Aapne apne hothon ko sanitise kiya ya ek doosre ka RT-PCR dekh ke hi (Did you sanitize your lips or was looking at each other’s RT-PCR report enough)…?” Kapil asked.

Looop Lapeta is adapted from the German empirical thriller Run Lola Run and is helmed by debutant director Aakash Bhatia. The Indian version of the time-looping film revolves around Savi, who is portrayed by Taapsee, trying to save the life of her boyfriend Satya, played by Tahir, when he loses cash belonging to a mobster in a gambling bid. The film is slated to be released on Netflix.