Sony Entertainment Television’s comedy show, The Kapil Sharma Show is all geared up to bring to its viewers yet another, ‘dhamakedaar’ weekend with Bollywood’s superstar Salman Khan and the graceful Katrina Kaif who will be seen promoting their upcoming film, Bharat on the show. Viewers are in for a hilarious episode where, Salman Khan and Katrina won’t be able to escape Kapil Sharma’s humour and wit. On the other hand, Salman Khan who is known to be a family man is often seen speaking respectfully about his family and at the same time, brings out their funny side as well. While talking to Kapil about one such incident, he revealed how his father once scolded for taking his, ‘Filp-flop!’ 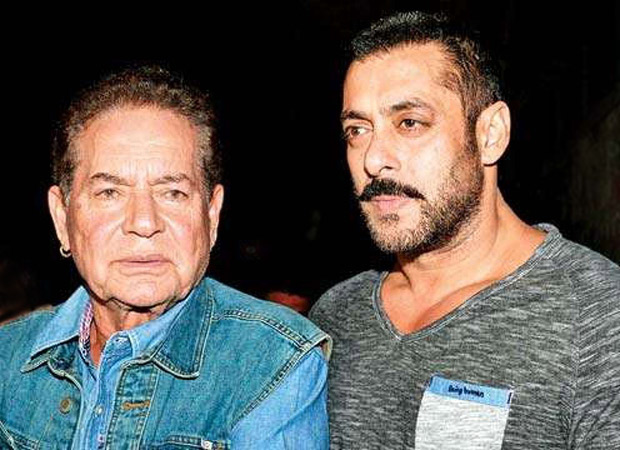 The Kapil Sharma Show: Salman Khan reveals why he was SCOLDED by Salim Khan

Kapil Sharma asked Salman Khan to let the audiences know if he has ever shared basic essentials like, clothes, shades, footwear etc. with his family which, is a common happening in a middle-class family to which Salman Khan said, “Everyone ends up wearing someone else's flip-flop in my family thinking of it as their own. Once, when we were all at home, I had planned to go out. So, I wore the first flip-flop visible to my eye not knowing that it belonged to my father. It was kept outside the bathroom and he was inside. On my return, when he noticed that the flip-flops were missing. The moment I reached home and he saw me wearing then, he scolded me for doing that. Since then, we keep our flip-flops separate.” He ends laughingly.

Continuing the endless gossip further in the show, Kapil asked Salman if he remembers any places where he might have travelled twice or thrice to which Salman said, “My make-up man Raju who has been with me from, Maine Pyaar Kiya days and I must have travelled many times to the same places but we both don’t actually remember it.”