The Kapil Sharma Show’s upcoming episode will see actors Saif Ali Khan, Yami Gautam and Jacqueline Fernandez appearing as guests. They will be coming to promote their recently released film Bhoot Police. Fans are excited to see their favourite stars together having fun with the comedian. 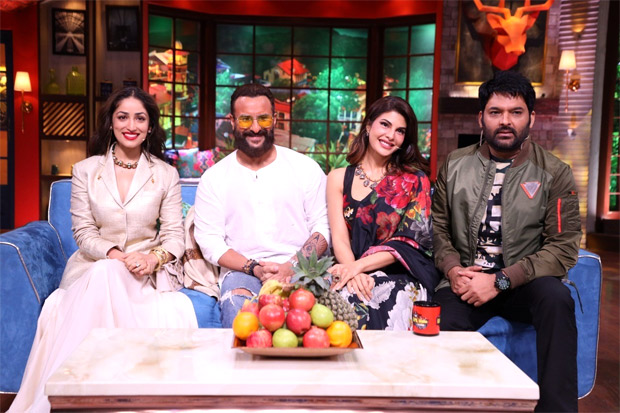 In a new promo, we can see host Kapil Sharma trolling Saif for his yellow sunglasses and called them ‘jaundice wale chashme (glasses that have turned yellow due to jaundice)’. He also teased Yami for her recent statement about her honeymoon.

Kapil said that he read in an interview of Yami’s, in which she and her husband Aditya Dhar wanted their families to be with them on their honeymoon. “Aapko kisine bataya nahi ki family leke nahi jaate, wahaan pe jaa ke banate hai (Did no one tell you that you don’t take family on your honeymoon, you go to start one)?” Kapil teased. 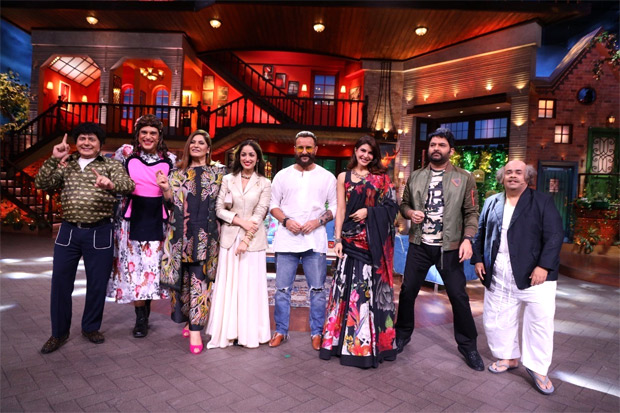 Moreover, we can also see singers Udit Narayan, Kumar Sanu and Anuradha Paudwal coming on the show next week. “Inn dono mein se shararati kaun hai zyada (Who is the naughtier of the two)?” Kapil asked Anuradha, and she named Udit. Sudesh Lahiri will be seen singing Kuch Na Kaho for the guests.

The Kapil Sharma Show returned to television last month with a new season. The show airs every weekend at 9:30 pm on Sony Entertainment Television.