Kapil Sharma has been entertaining the audience for a long time now. The comedian is known to flirt with B-Town actresses who come on his show, but in good spirit. Recently, the cast of Jawaani Jaaneman including Saif Ali Khan, Tabu, Alaya F, Chunky Panday, Farida Jalal, and Kubbra Sait graced the show. 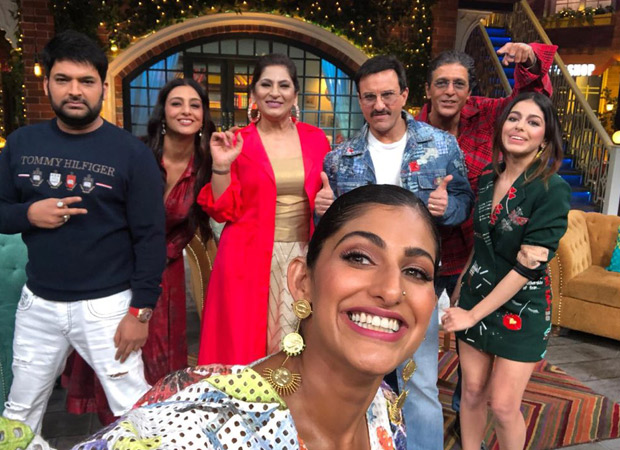 Kapil Sharma has often been schooled for flirting with actresses, especially by husbands of married actresses. Just last month, Kapil Sharma was seen flirting with Kareena Kapoor Khan who had graced the show for the first time during the promotions of Good Newwz. Saif Ali Khan sure pointed out the same.

In the upcoming episode, we will see the host asking Saif what Kareena calls him. "You are married," Saif said. When Kapil started giving some vague reasons he was interrupted by Saif who went on to add, "No, because when the last time my wife Kareena came on your show, you flirted with her a lot."

Kapil, as usual, went on to say, "It is nothing like that. I flirt with everyone’s wife no matter what," which made Saif and Archana burst into laughter along with the audience.

Also Read: Kapil Sharma proves he is a pro guitarist in this video