The team of Antim-The Final Truth including Salman Khan, Aayush Sharma, Mahima Makwana, and director Mahesh Manjrekar will be appearing on The Kapil Sharma Show on Sunday. Sony TV, on Friday, shared a promo of the upcoming episode giving a glimpse at the fun the team had on the show hosted by Kapil Sharma. 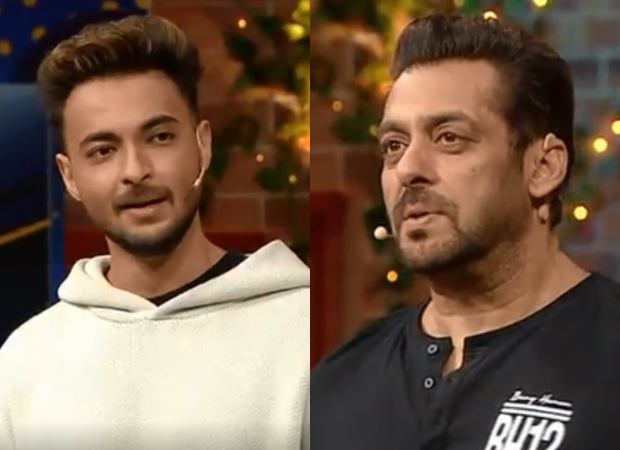 While interacting with Salman and Aayush, Kapil Sharma asked the latter about how different it was to meet Salman Khan at home as a relative and on the sets of the film as a co-star. Aayush is married to Salman's sister Arpita Khan.

Aayush revealed that the two experiences are very different. "Every alternate day inko milne jaate hai aur hasee mazaak karke wapas aa jaate hai. Ek time hua tha Arpita ghar se bahar gayi hui thi, main Bhai ko milne aaya, Bhai ne kaha, ‘Tu ajeeb insaan hai, tu baar baar yahaan kyun aata hai?’ (Every alternate day, we would meet him, laugh and joke around with him. Once when Arpita was not at home, and I visited Bhai, he told me, "You are a strange person, why do you come here again and again?’)," revealed Aayush. Salman burst into laughter after hearing this.

Kapil also asked Salman Khan about his minimalistic style of living. The superstar lives in 1 BHK apartment in Bandra. When the host asked if he does not spend on himself, Salman replied, "Kabhi Kabhi unhi cheezon par kharcha hota hai jo aap karte ho ,lekin aajkal bahut kam hogaya hai (Sometime, I spend money on the same things as you do, but these days that has been reduced)."

Actor/comedian Krushna Abhishek who mimicks Dharmendra on the show, is seen assuring Salman Khan that the show is doing well, so is Kapil Sharma and he need not worry. For the unversed, Salman is the producer of the show.