It's been a couple of weeks of relentless hype and boundless mania since the trailer release for Antim, arguably one of the most anticipated films of the year. Subsequently, the makers have been treating the eagerly awaiting fans and audience with asset releases and reveals generating a lot of buzz in the industry and beyond. Salman Khan starrer Antim that also features Aayush Sharma is set to release next week and the megastar's fans have been waiting with bated breath to catch their beloved star on the big screen once again. 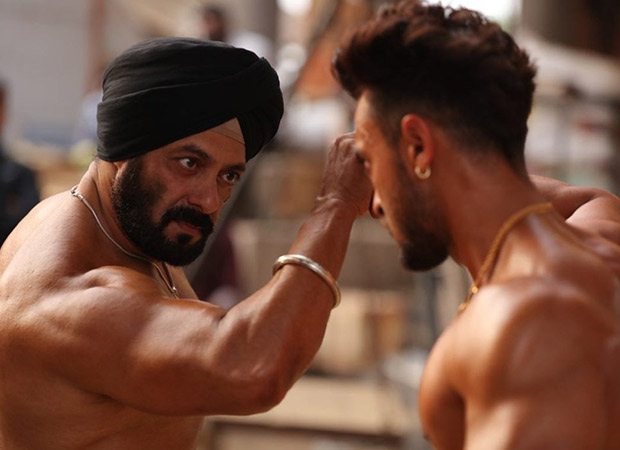 Leading the way and setting a new trend, once again, Salman Khan will now set aside the traditional marketing and promotional process for the film and include his doting fanbase in the asset release for the film. Staying true to his persona as a megastar connected quite intricately with his fans, Salman Khan has declared that his fan groups would get to have a first look at all the film assets before any public release. The fan groups won't just get to have the coveted 'first look' but will also release them in the public domain before anyone else. After the fan groups release the assets, Salman will personally follow suit and release the film assets to the public formally.

The activity was kick started when fans tweeted the dialogue promo of the film.

Planet Salman is proud to share this promo! see you in cinemas on 26/11 #Antim @BeingSalmanKhan https://t.co/95iH07fStg pic.twitter.com/tY6sose0cm

The biggest fan club of Salman Khan is proud to share this promo! see you in cinemas on 26/11 #Antim @BeingSalmanKhan https://t.co/bCCsx4Pldd pic.twitter.com/QLEuga3rEy

This is the first time any production house or a star has opted for such a marketing strategy, thus setting new benchmarks and trends for the industry, film stars, and the production houses. Earlier, Salman was also the first in the industry to go for an OTT release of a big-budget mainstream film.

Antim will be released in theatres worldwide by Zee Studios on November 26.