The month of November has brought in a wave of favourite actress comebacks. Starting with Jun Ji Hyun in Jirisan (Cliffhanger), then Han Hyo Joo in Happiness, now it is Song Hye Kyo who has graced the screens once again. Song Hye Kyo returned with the romance drama Now, We Are Breaking Up. Jang Ki Yong, who was last seen in the drama My Roommate is a Gumiho stars opposite Song Hye Kyo. The drama premiered on November 12, 2021. Another thing to look forward to in this drama is the small screen debut of EXO’s Oh Se Hun. 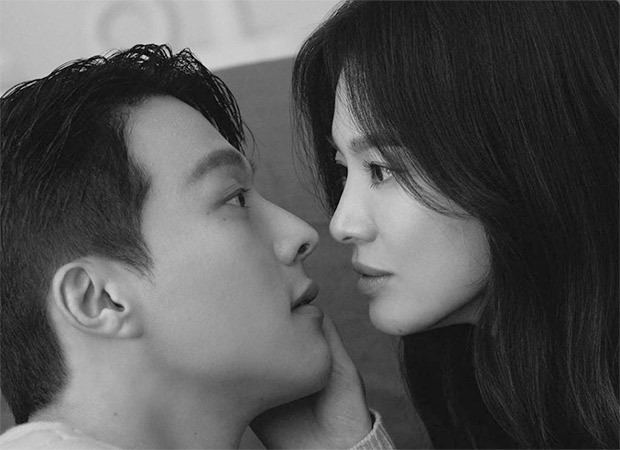 CHARACTERS
The first episode introduces us to the main and the supporting cast in the drama. Song Hye Kyo plays the role of Ha Young Eun, a decorated fashion designer working for the luxury brand The One. She is head strong and has strived hard to carve a niche for herself in the cut-throat fashion world. Jang Ki Yong plays the role of Yoon Jae Suk, aka Mr. J a much sought-after photographer in the fashion world. He has an air of mystery around him, especially so because he is quite elusive and choosy about his projects. Several leading luxury brands try to contact him, but he brushes them without a second thought.

The leads first meet and spend the night in Paris during a fashion week. Then they soon cross paths at the fashion show in Busan. Young Eun does not show that she remembers him, and he leaves no stone unturned to get to talk to her. He is instantly smitten by her. Young Eun has a clear path set for her future which only involves work and more work. At every possible moment, she has clearly mentioned her stand of not getting involved in the intricate matters of the heart. Jae Suk is not ready to shed his curiosity towards Young Eun and tries to get to know her. The banter shared between them is a delight to watch, it has equal parts sassy, laughter and mystery.

Kim Joo Heon plays the role of Seo Dok Hoon, a manager at a PR company. ‘The One’ is one of the PR company’s clients as well. He is jolly guy who is serious about work, but lightens the mood when he is around. Then we have Hwang Chi Sook (played by Choi Hee Seo). She is the director’s daughter and also a spoiled child. She only wants to have fun and not work. She takes Young Eun for granted, and Young Eun seems to disregard that fact and only push ahead at work.

INTRIGUING STORY
Since our leads hail from the higher rings of the fashion world, the story revolves mainly around the ups and downs in the industry. The characters at different levels navigate work, tight deadlines and execute fashion line launches. Behind the glitz and glamour are hidden some nitty-gritty details. From the last-minute cancellations, to the tantrums, to even misplaced catalogues, the makers have tried to replicate the fast paced fashion world in the story. The show is just two episodes in, but it already holding several plot points that will lead the story ahead. In the second episode, Ha Young Eun’s past is revealed. She was closely related to Yoon Soo Won, Jae Suk’s elder brother, who passed away 10 years ago. His brother’s passing is also a source of tension between Jae Suk and his mother.

Pasts collide, and the budding romance and Jae Suk’s feelings for Young Eun take a complex turn. Episode 2 of Now We Are Breaking Up ends on a dramatic note, when Young Eun said “I am still breaking up with him (Yoon Soo Won)”. This incident seems to be where the title of the drama borrows its inspiration from. There is a huge chunk of emotions and heartbreak that will unfold in the upcoming episodes. It will be interesting to see how the characters handles these intricacies of life and heart.

VERDICT
Now We Are Breaking Up clocks just a little more than 60 minutes of runtime. Each episode begins with a quote from notable personalities. Episode one featured a quote by Coco Chanel, whereas episode 2 featured a quote by Gertrude Stein. Paris pops up frequently in the show, owing to the fact that it is the fashion capital of the world, and also where our leads first met in the drama. Both our leads know French, and have also been to Paris during their initial days in the industry. The background music is not highly dramatic, but it reflects the mood of the ongoing scene. It blends in without coming across as a distraction to the story. The official soundtracks fall in the R&B and Ballad genre which again suit the mood of the drama.

The visual palette of the drama is stunning with splashes of colors and glitter from the haute couture. Song Hye Kyo is dressed to perfection in mainly pastels and whites, whereas Jang Ki Yong looks dashing in the nude to dark toned clothes.

The drama is progressing on a steady pace, but does go up a notch higher with intrigue in each episode. The feelings have just started to build up between the leads, and the final fireworks will be spectacular to watch.

Also Read: EXO's Sehun is dashing new employee at a fashion firm in first stills from Song Hye Kyo and Jang Ki Yong starrer Now We Are Breaking Up