Fans of The Kapil Sharma Show have reason to rejoice, as Kapil Sharma confirmed the comeback of his show on Instagram. The comedian appeared with Krushna Abhishek, Bharti Singh, Kiku Sharda, and Chandan Prabhakar in a picture from what appears to be the set of the redesigned show. 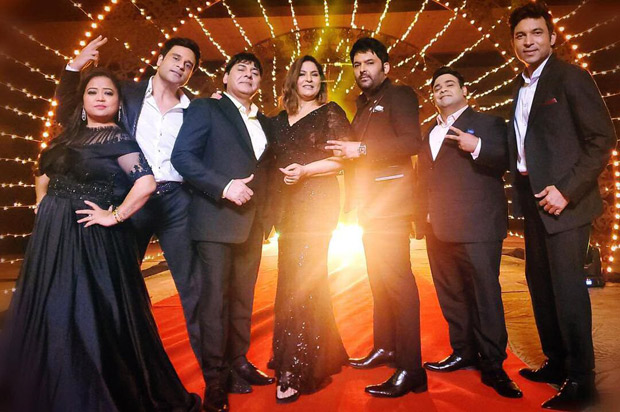 The team shot the promo for the upcoming season of The Kapil Sharma Show on July 18 at Aamby Valley. According to reports, the set is now being built, and the series will not begin airing until later this year. They've already shot the promos, which will also include Sudesh Lehri joining the team. By the end of next month, the show will be mostly on the air.

While sharing the picture, Sharma wrote, “New beginning with all the old faces #tkss #thekapilsharmashow #blessings #gratitude #comingsoon.” The rumour is the show will air in late August.

Archana Puran Singh, who is a judge on The Kapil Sharma Show, shared a video with the cast and wrote “THE DREAM TEAM… is back !! SOON! Watch this space for more updates…”

The Kapil Sharma Show took a break earlier this year for a variety of reasons, including Kapil's desire to spend more time with his newborn kid. The deadly second wave of Covid-19 put an end to the creators' plans to continue shooting in May.