Kapil Sharma, who has been planning to return to television, has now started championing a new cause. The actor turned comedian is appealing people to follow his lead and plant a tree wherever they go. “I have made a promise to myself that I will plant a tree everywhere I travel to. I have already done it in Amritsar, Manali and Dalhousie and I appeal to each and every one of you to do the same.” 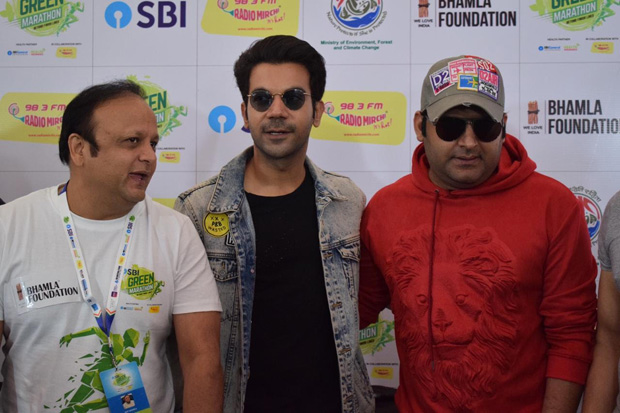 Kapil Sharma said this while interacting with media at the SBI Green Marathon flag off on Sunday in Mumbai, along with fellow actor Rajkummar Rao. Speaking at the marathon, which was organised by SBI, Radio Mirchi and the Bhamla Foundation, Kapil Sharma said that he was proud to be a part of the initiative. He also expressed gratitude to the organisers for giving him the opportunity. He further said that there can be no one who understands the importance of being fit and healthy more than himself and participating in the marathon was an important step for him towards achieving his fitness goals.

Being a lover of the environment himself, Kapil Sharma felt a deep connect with the green marathon. Expressing his views on environmentally friendly initiatives, he said, “It is very important to protect the planet, especially for our future generations, and initiatives such as the Green Marathon play an important to the effect.” 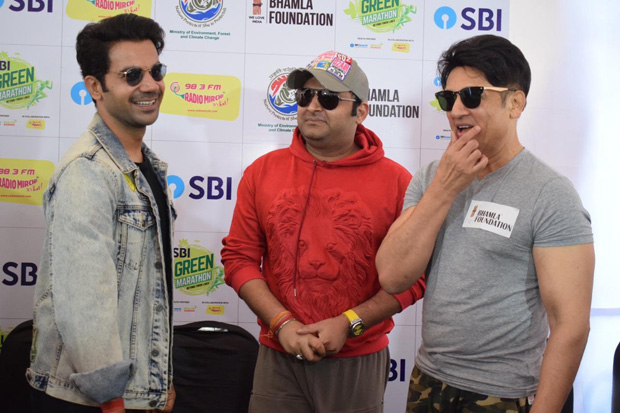 While Kapil has already made his resolution for 2019 evident, that is to get fit, he also teased fans saying he has a major announcement coming up soon, and that this was just the beginning.

Rumours have it that the comedian who had taken a break from his TV show owing to health, anxiety and alcohol issues, is planning to make a comeback. If reports are to be believed, he will return with his celebrity based skit comedy show from next month onwards.

Also Read : EXCLUSIVE: The Kapil Sharma Show to go on air from November 25