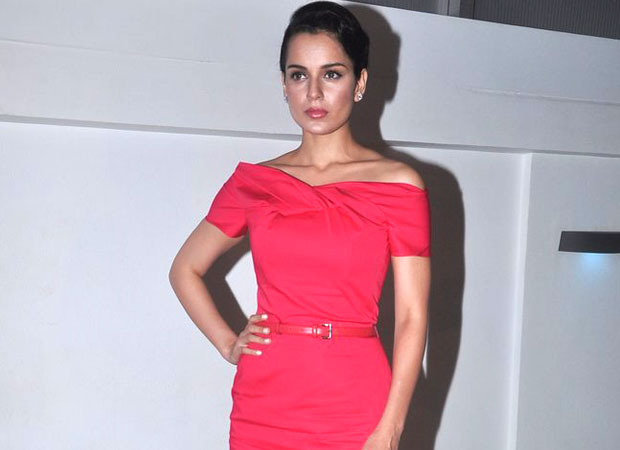 In the era of actresses turning to the process of filmmaking, Kangana Ranaut too is very excited to don director's hat. The actress has turned screenwriter with Simran and turning producer with her next film Manikarnika- The Queen of Jhansi. With two exciting projects, Kangana Ranaut is all set for her directorial debut with the film Teju in which she will be playing the role of an 80-year-old woman.

Kangana Ranaut recently spilled the beans on her directorial debut project, Teju and when it will go on floors. In a candid interview, Kangana revealed that she will start working on Teju only after Manikarnika- The Queen of Jhansi. However, she did confirm that she is done shooting 30 percent shooting for Manikarnika.

Kangana further added, “I have many ideas and something which materialized is something like this, it is a family-children-drama because I want to cater to any audience. It will be a light-hearted film. I can’t call it comedy but most definitely a nice film. This is what I wanted to do.”

Kangana will be portraying the role of an eighty-year-old woman in Teju. For the role, the actress will have to prepare a lot and use prosthetics as well. She added, "Yes, we are going to use prosthetics, special effects, body double, all kind of techniques we will have to use.”

The actress also revealed that she will be working with kids and how she finds working with children difficult. She said, “Kids are very hard to handle! I like children, but to work with kids..oh…oh god…their sleeping time, and you know… But in my film there are kids.”

Teju will portray the story of a woman of the same name who is on the threshold of death but still is not ready to give up on life. She is a fun loving vibrant woman who is young at heart.

Meanwhile, Kangana Ranaut is gearing up for the release of Hansal Mehta’s Simran which is set to release on September 15, 2017.