The highly awaited trailer of Kalank was unveiled on Tuesday in the presence of the team of the film. The film stars Varun Dhawan, Alia Bhatt, Sonakshi Sinha, Aditya Roy Kapur, Madhuri Dixit and Sanjay Dutt in the leading roles. Helmed by Abhishek Varman, the film is set in 1940s. But, Karan Johar revealed that the film was incepted in 2003 and this was a dream project of his late filmmaker father, Yash Johar. 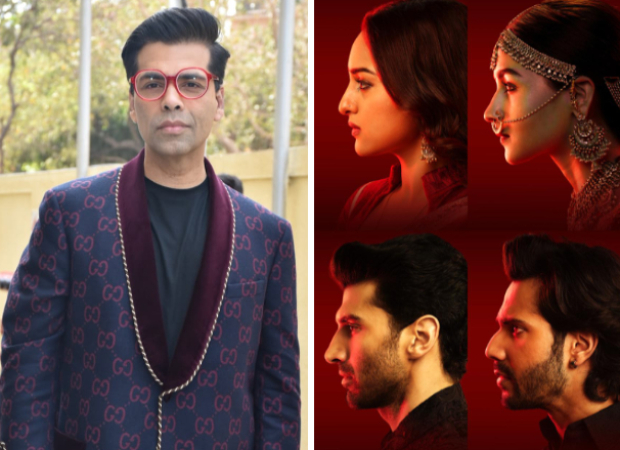 Helmed by Abhishek Varman, the film is close to Karan Johar’s heart, as it was his father, producer Yash Johar’s last project that he conceptualized 15 years ago. Karan wanted to direct the film himself following the release of Kal Ho Naa Ho (2003), but unfortunately, it got pushed to the back burner.

Talking about Kalank at the teaser launch, Karan Johar said, "It was in 2003 when Kal Ho Na Ho was about to release, the thought of the film had come to my mind. At that time, I discussed this story with my father. I don't want to discuss too much about the film now. But, my father had great knowledge about the film's atmosphere. And he had gone to some areas to do the research.  Although he was not keeping well, he researched on this subject and went and clicked some amazing photos of these amazing locations he thought we would have in our film. I still have those photos with me. I had archived them. When he passed away in June 2004, it had become like the film had so many memories, I couldn't make it. I was already planning to shoot at the end of the year but I couldn't do it. Then, many years passed by."

"I used to share this story with pretty much everyone. I think whoever knows me in Dharma Productions; they know what the story is. One day, when I told the story to Abhishek Varman, he loved it and I just felt that the film would be in the right hands with him. He developed it. When I see this film today, for me as a producer I make a lot of films and every film is very special to me, but this film is more than special, it is emotional. I only hope the best for it. For me, the film is beyond its box office and what I think the eventuality of the film will be. The fact that this was my father's dream, and it has come true; means the world to me," he added.