Varun Dhawan and Alia Bhatt made their debut in Karan Johar directorial Student Of The Year. Since their debut, they have starred in three films together which includes Humpty Sharma Ki Dulhania and Badrinath Ki Dulhania. The actors are all set for their fourth collaboration together in Abhishek Varman’s upcoming period drama, Kalank. The first teaser of the highly awaited film was unveiled on Tuesday in presence of Kalank cast including Aditya Roy Kapur, Sonakshi Sinha, Sanjay Dutt, Madhuri Dixit, and makers of the film. 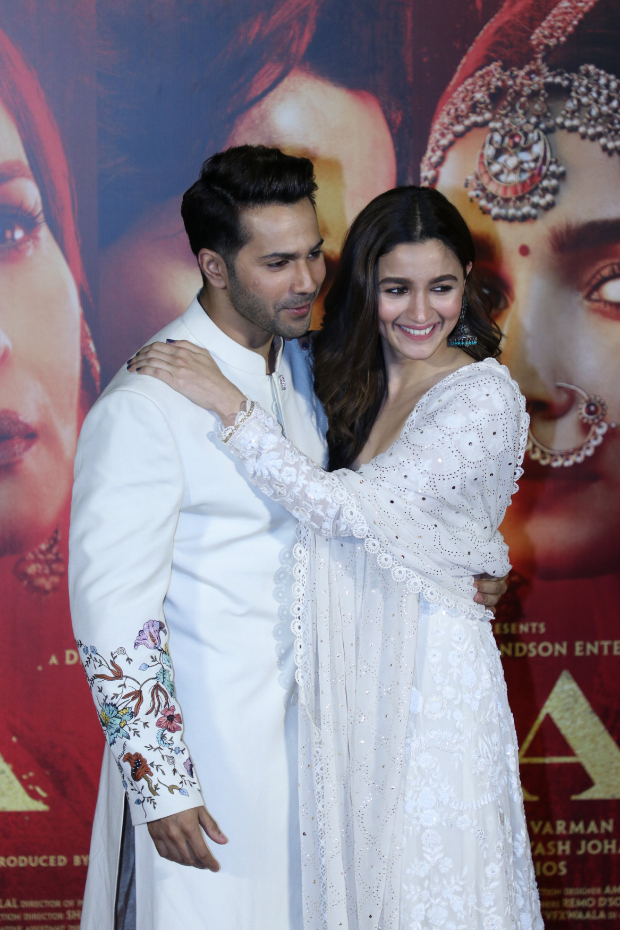 When asked about working together in the fourth film, Alia Bhatt admitted that Varun Dhawan is very close to her heart. She quipped, “I love working with Varun sir. In the beginning, he had a little fight.”

Varun Dhawan, at the Kalank teaser launch, quickly jumped in to explain why they fought on set. He said, “In the beginning, we fought a lot. Alia was showing a lot of attitude on the sets and I was wondering what had happened. I thought she had signed two-three big films, so maybe that’s the reason. But, later she told me that she was just in her character.”

Recalling a story when he saved her from falling, Varun further said, “One day, I reached 20 minutes late for the shoot. I apologized to everyone on the set but Alia was not talking to me. Then Alia had to climb on a carriage and I was pretty sure that she would fall. But like always, I had to only hold her from falling and as soon as this happened, Alia smiled and then we started talking.”

Alia Bhatt, then, said, “ I love working with him (Varun Dhawan), he is very very close to my heart and I have to say he is fantastic in the film, in my eyes.”