Shahid Kapoor, over the years, has shown some amazing work with his diverse roles. Be it Jab We Met or Kaminey, Haider or Padmaavat among others, he has been choosing scripts that he would like to watch. But, does his fatherhood come in the way of selecting the scripts? Shahid, who is currently promoting Kabir Singh, recently revealed that it was a tough character to essay since it required him to be in a certain space. When asked how he switched on and off from the role, he said, "One and half hour of Mumbai traffic (laughs)." He further explained, "I had no option but I had to shift my focus because Kabir Singh is a very intense character and I didn't want to bring that intensity back home. I wanted to be a good dad to my kids (Misha Kapoor and Zain Kapoor) when I am home as they are very small to understand it." 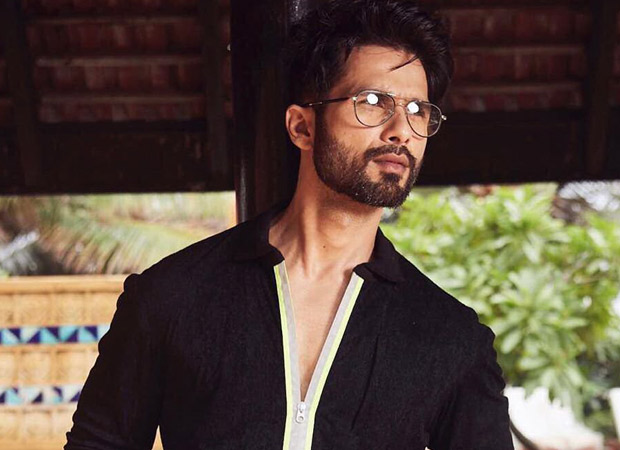 He further added, "In fact, I was very concerned about taking up such role which is so intense and was thinking about whether it is the right time to take such kind of role now or no as when I did Udta Punjab, I was alone and there was no responsibility and I could be who I needed to be. So whether to do this role or no was my biggest concern as the character which I am doing requires me to be in a different head space and in personal life in very different head space. That was something most challenging for me. Because I had to keep making that flip every day."

When asked if Misha has watched any of his work, he added, "They cannot watch anything more than 10 mins and unless it is something animated. Zain is too small but Misha does understand and recognizes me and says 'this is papa!"

Shahid even said how his daughter recognises him, "Not as of now. Weirdly, Misha actually finds it very exciting and says that is you. Today, only Misha came and asked me, 'Papa! Today you are in the paper, why weren't you there yesterday!'," he said.

When asked whether his kids will become a major factor for him in selecting films, he said, "Not at all, I am not that kind of an actor. In the end, I have to be a good father in real life and I want to be an actor on a big screen. So if today I do only good films for them tomorrow when they will grow up and ask me whether something was wrong with me for doing only good films. They will ask me, 'you doing films for children are you not an adult."

Shahid explained, "There are different phases in life. I have to explore myself as an actor. Eventually, that is what, your kids, if you want to live a legacy and have a dream of it. They need to have that legacy once they turn adult. I should be a good example to them in real life as that's the person they relate to."

Kabir Singh, directed by Sandeep Reddy Vanga, stars Shahid Kapoor and Kiara Advani. The film is a remake of Telugu blockbuster Arjun Reddy which starred Vijay Deverakonda and Shalini Pandey. The film is set to release on June 21.