Back in 2006, Justin Timberlake and comedian-actor Andy Samberg broke the internet with their iconic Saturday Night Live sketch called 'D*ck in a Box'. Recently, he appeared on the Hot Ones episode where he spoke about how the sketch was created with Andy and The Lonely Island. 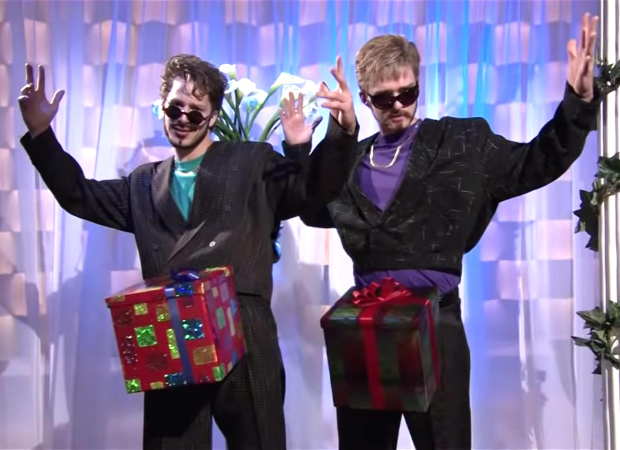 Eating the insanely spicy hot wings, Justin Timberlake explained, ‘We were, like, ‘What if we came up with, like, a duo of guys who are still stuck in a time and a certain style with, like, the silk suits and the herringbone chains and the well and meticulously sculpted facial hair…‘Am I describing NSYNC? This is weird. I just realized that we took so much from those groups. Holy s**t."

Justin further revealed how one of the writers suggested a prank that felt super creepy, "And I said, “That’s super creepy, bro.” Further, he said, “Yeah, that is super appropriate for two guys who are super misled about what’s appropriate."

Amid all this, not everyone was on board about this sketch and it nearly got axed by FCC (Federal Communications Commission). "They said you can’t say “d**k” on the air," Justin said. He went onto explain that they suggested that it could work if they bleeped out the word. After discussions with FCC, they aired the sketch with 16 bleeps.

Till date, Justin Timberlake and Andy Samberg's sketch continues to be one of the top ones in SNL history.

ALSO READ: Justin Timberlake teams up with Meek Mill for a new song ‘Believe’, check out the music video