Manoj Bajpayee starrer spy-thriller The Family Man 2 is already garnering a lot of positive feedback from the audience. After a thrilling season, fans were eagerly waiting for the second season which has also managed to keep up with the audience's expectation and received an overwhelming response. 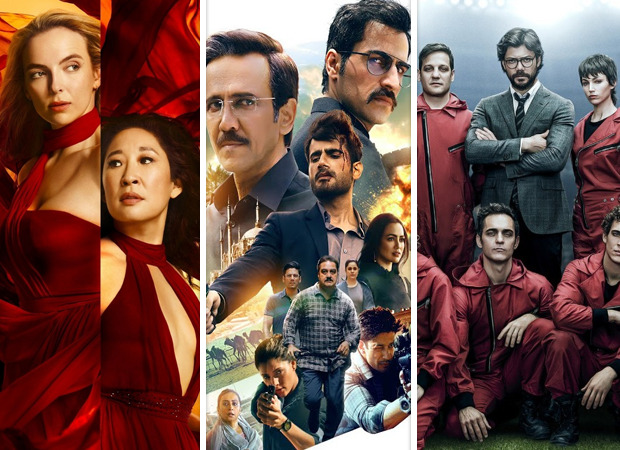 Now that you have binge-watched both seasons and eagerly waiting for the third season, you should definitely binge-watch some other espionage shows.

HOMELAND
Claire Danes, Mandy Patinkin, Rupert Friend, Maury Sterling starrer Homeland is based on the story of a bipolar CIA operative Carrie Mathison who was a POW (prisoner of War)in Russia and struggles to recover from the brutal treatment she faced there. The story takes a new turn when goes on a mission after suspecting that an American prisoner has joined hands with Al-Qaeda to excute a terrorist attack on America. Her journey of using her knowledge and experience while dealing with her personal trauma is what makes the series worth watching.

SPECIAL OPS
After watching The Family Man, if you are expecting another edge-of-the-seat experience, then the Neeraj Pandey created Special OPS is the right choice. The story of the series revolves around the story of Himmat Singh, officer Research and Analysis Wing, played by Kay Kay Menon who leads a task force with his team of five agents living in various parts of the world. The team concludes similarities in various terrorist attacks on India and goes on the mission in search of its mastermind. The show is inspired by several espionage missions undertaken by India in the last two decades.

THE SPY
The English-language French espionage series showcases the life of Israel's top Mossad (Israel’s national intelligence agency) spy Eli Cohen portrayed by Sacha Baron Cohen. The six-episode miniseries is inspired by real-life events and based on the book The Spy Who Came From Israel. The story takes place during the years leading to the 1967 Six-Day War between Israel and Syria where Eli goes to Syria and extract top-secret information before the commencement of war. Although the series was criticised for wrongly portraying some historical events, but what keeps it worth watching is the talented performance of Sacha.

THE NIGHT MANAGER
Starring Tom Hiddleston as the main lead, The Night Manager revolves around the story of Jonathan Pine, a night manager of a luxury hotel in Cairo and former British soldier who is recruited by Angela Burr, the manager of a Foreign and Commonwealth Office task force for investigating illegal arms sales, to infiltrate the inner circle of arms dealer Richard Roper. The series is the adaptation of John le Carré’s first post-cold-war novel of the same name and will definitely keep you glued to the screen from beginning to end.

FAUDA
The Israeli series tells the story of Doron played by Lior Raz, a commander in a unit of Israel Defence Forces and his team as they pursue a Hamas arch-terrorist known as 'The Panther' who they thought to be dead but actually turns to be alive and planning to attend his brother’s wedding. The series depicts the struggles that come along the way while executing a spy mission and when things go haywire. The first season premiered in 2015, the second season premiered in 2017, and while the third season aired in 2019 and 2020. 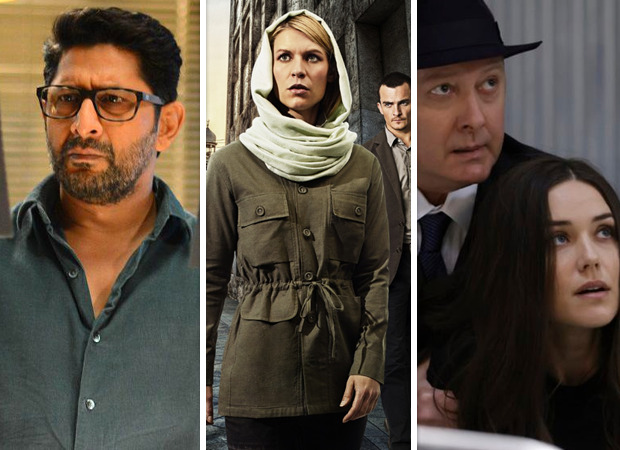 BODYGUARD
The British political thriller series revolves around David Budd (Richard Madden), a military veteran who fought in the Middle East and counters a suicide bomber from blowing up a train. His heroic movement promotes him to be a bodyguard for Julia Montague (Keeley Hawes), a conservative and controversial politician. The series creates a tangible tension throughout its plot as David and Julia lock horns due to difference in opinions and while on the other hand Budd also has to deal with his personal problems as he suffers from Post-traumatic stress disorder (PTSD) and also has a strained relationship with his wife. The fact that the series portrays the thrilling espionage mission and stressful life of the officer at the same time is what makes the series an absorbing and addicting psychological thriller.

THE BLACKLIST
The Blacklist is one of a kind crime thriller series and revolves around the interesting plot of Raymond "Red" Reddington played by James Spader a former U.S. Navy officer turned high-profile criminal. The story takes an interesting turn when Raymond offers the Federal Bureau of Investigation (FBI) to reveal the list of the most dangerous criminals in the world which he has compiled over the years. He offers two conditions to surrender in front of them one of which was immunity from prosecution and the second only if rookie FBI profiler Elizabeth Keen (Megan Boone) is his partner. The series will surely be no less than a rollercoaster ride for you.

KILLING EVE
Killing Eve is one of those spy thrillers, which definitely stands out in terms of its plot and genre. The series revolves around Eve Polastri, a bored, whip-smart, pay-grade MI5 security officer whose desk-bound job doesn't satisfy and fulfil her fantasies of being a spy. Eve is also overly obsessed with female assassins, their psychologies and their methods of killing. After being fired from her job, Eve to her delight is recruited by a secret division to chase an international assassin who calls herself Villanelle. Eve forms an obsession with Villanelle and they develop an amenable bond with each other. As a result, both women begin to focus less on their initial missions in order to desperately learn more about each other. The series also has an element of comedy in it to occupy with.

ASUR
Arshad Warsi and Barun Sobti starrer Asur is one of the best web offerings for espionage dramas. The show is combined with the genres of Indian mythological fiction, science fiction and thriller. Based in Varanasi, the series follows Nikhil Nair (Barun Sobti) a forensic expert turned teacher, who returns to his roots at the Central Bureau of Investigation along with his former mentor Dhananjay Rajpoot (Arshad Warsi). What makes the series stand out is the dual timelines of two opposing worlds against each other. Though underrated, the series still has to serve you with a binge-worthy plot.

MONEY HEIST
Last year, when the pandemic hit the world the show that managed to keep everyone entertaining and occupied with some binge-worthy content was Money Heist. The show already garnered immense popularity among the audience of the globe despite being a Spanish heist crime drama. The show is a compilation of various portrayals including real-time-like fashion, flashbacks, time-jumps, hidden character motivations, and an unreliable narrator for complexity. The show is shown from the perspective of a woman, Tokyo (Úrsula Corberó), and is based on the heists hosted by the Professor (Álvaro Morte) having 8 criminals under him, one on the Royal Mint of Spain, and one on the Bank of Spain. What makes the series unique ad for which it got critically acclaimed was its sophisticated plot, interpersonal dramas, direction, and for trying to innovate Spanish television.