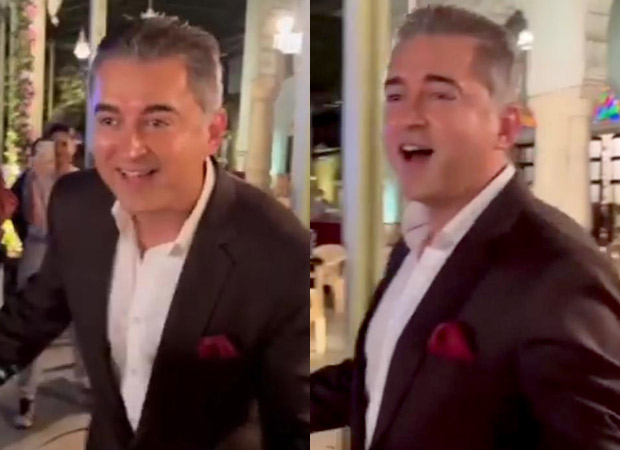 In a video shared online, Jugal appeared to be on the sets of a shoot when the song comes up. Dressed in formal attire, Jugal broke into the hook step but soon admitted that he doesn't remember the choreography fully. He also cheered others on to join in.

Mohabbatein was helmed by Aditya Chopra. It was the director's first film after the success of Dilwale Dulhania Le Jayenge. Before Mohabbatein, Jugal had gained popularity as a child artist. He had starred in films such as Masoom, Karma and Sultanat.

After Mohabbatein, Jugal starred in guest roles in films like Kabhi Khushi Kabhie Gham, Salaam Namaste and Aaja Nachle (2007). He also experimented with the director's seat for Roadside Romeo and Pyaar Impossible.

Though, the actor’s career did not take off as imagined, but Jugal in an interview with a print publication last year said that he has no regrets about it. He enjoyed working and despite coming from a non-film background, he is still remembered. He didn’t trouble anyone he worked with, and he was professional who people like to stay in touch so he is satisfied with that.