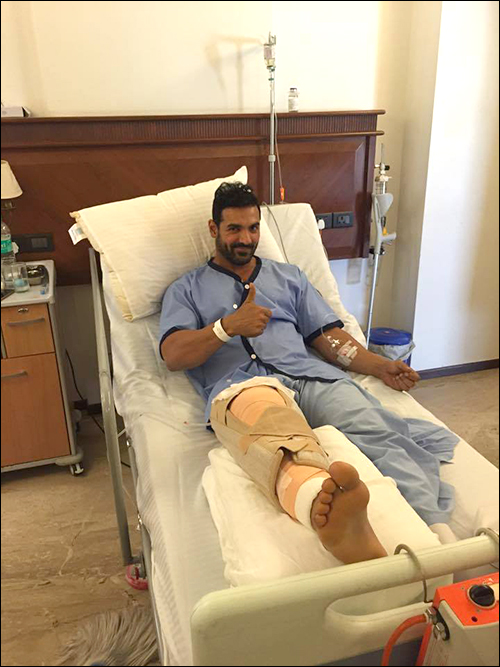 Earlier we had mentioned that the cast and crew of the second installment of the cop drama franchise Force, is currently in Budapest where a major chunk of the film will be shot. The film which promised some high octane stunts however has left the protagonist of the film, John Abraham wounded.

According to filmmaker-producer Vipul Shah, John Abraham was supposed to kick open the door with full force for a sequence in the film but the actor ended up injuring his knee during the process and was rushed to the hospital immediately. Though the doctors started off the treatment on time by removing the blood clots, the pain resurfaced when John resumed shoot immediately after the incident despite being asked for a three day rest. This further deepened the wound and later, the actor had to undergo a minor surgery after which he has been asked to take rest for almost a week.

On the other hand, Vipul Shah assured that 80 percent of the action scenes have been completed and since it is not advisable for John Abraham to do stunts immediately, the team has decided to wrap up the dialogue shots as they will be returning to India by mid-October. As far as the remaining twenty percent is concerned, Vipul added that they may return with a smaller unit to finish off the scenes.

Moreover, John Abraham too took to Facebook to post a picture of him in the hospital and also assured his fans about his recovery saying, "Thank you for all the well wishes! Getting better every day and will be back to the set soon hopefully!"