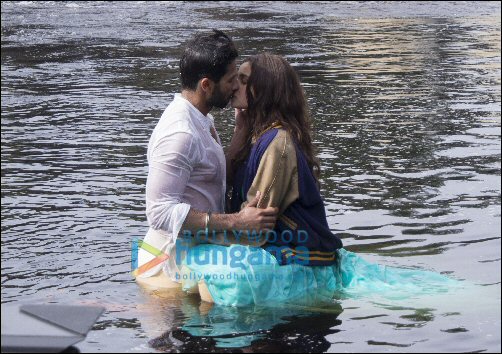 Some time back Alia Bhatt certainly made heads turn, when an image of her sporting a bikini in the film Shaandaar was released. Well the film that also features Shahid Kapoor has been in the news for all the rights reason, and now we came across this image featuring the leading pair Shahid and Alia.


Interestingly Alia, who has locked lips with her costars in her previous releases, will also be doing the same with Shahid in Vikas Bahl's film. However by the looks of it we guess both the actors have settled into their roles pretty well.


As for the film Shaandaar which is said to be Bollywood's first ever destination wedding film, is produced by Dharma and Phantom Productions, and is slated to release on October 22.