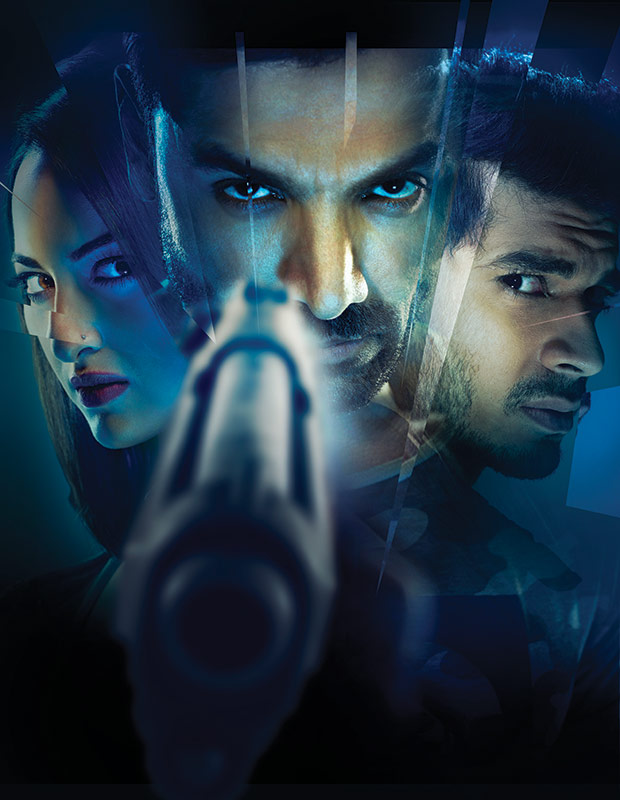 This year seems to be a year of sequels. Testimonies to this are in the form of TERE BIN LADEN DEAD OR ALIVE, HOUSEFULL 3, ROCK ON 2, KYAA KOOL HAIN HUM 3, GHAYAL ONCE AGAIN, RAAZ REBOOT and MSG: THE WARRIOR LION HEART and the upcoming Vidya Balan starrer KAHAANI 2. If that wasn’t enough, FORCE 2 gets released alongside TUM BIN 2, which also happens to be the sequel of the 2001 hit TUM BIN. Will FORCE 2 become a ‘guiding force’ at the Box-Office windows or will it perish, let’s analyze.

FORCE 2 is an out and out action drama between a RAW agent and a cop, both of whom are embedded on the same mission but with a different vision. The film starts off with a series of killings of three vital Indian RAW agents in China. These killings not just shock the Indian RAW wing, but also a send them into tizzy about the crime suspects and their agenda behind these killings. Amidst all this, they also discover that there is a mole (informer/ leak) in the Budapest Embassy, who is leaking all the vital information to the Chinese government, for reasons best known to him only. In order to unearth this mole, the RAW officials assign Kamaljit Kaur aka KK (Sonakshi Sinha) on the job. She is joined by the ‘raw’ and brutal Yashvardhan aka Yash (John Abraham) from the Mumbai police department. The reason why Yash joins KK in the mission, is to avenge the death of his best friend (Freddy Daruwala), who was amongst the three RAW agents killed. Amidst their mission to find the mole, Yash and KK are subjected to a series of uphill tasks, which makes it extremely difficult to unearth the mole. Just when Yash and KK think that they have solved the case, a shocking event happens that shuts down all the possiblities to solve the mystery. What is it that Yash and KK are failing to see and how will they solve this case involving the RAW agents, is what forms the rest of the film.

When FORCE 2’s promos were released, it gave a glimpse of the adrenaline rush that the film promised to offer. And in that aspect, FORCE 2 does not disappoint you at all. Considering the fact that one has seen the cat-mouse chase game in umpteen films by now, one is bound to feel that FORCE 2’s story (Parvez Shaikh, Jasmeet Kleen) offers nothing novel. But, what sets FORCE 2 apart from the other films are its unexpected twists and turns and that too at unexpected points. These twists and turns form reason enough for the audiences to be engaged and engrossed with the film till the end. FORCE 2’s screenplay (Parvez Shaikh, Jasmeet Kleen), besides keeping the audiences on the edge of their seats, also ensures no dull moment in the film. However the film is devoid of romance and music which are vital ingredients for a masala potboiler. Also the culmination could have been convincing for it comes across as totally filmy.

While FORCE was directed by Nishikanth Kamath, FORCE 2 sees Abhinay Deo taking the director’s seat. After debuting with DELHI BELLY and then directing GAME and TV series 24, Abhinay Deo is definitely no newcomer to thrillers. Besides doing full justice in carrying the legacy of FORCE, Abhinay Deo also infuses his own uniqueness in FORCE 2. The film’s first half sets up the ‘pace’ of the film with its giant share of adrenaline rush from the first frame itself, which stays till the interval. The film’s second half, on the other hand, dips a bit. But overall the film is quiet fast paced and doesn’t let a dull moment seep in. Abhinay Deo has done a great job as a director in FORCE 2 and has managed to keep the film crisp and tight at the length spanning around 2 hours without wasting any screen time. Even though FORCE 2 is a visual delight as the whole, do not miss John’s introduction scene, the chase sequence during the film’s first half, the interval point and the unexpected suspense (which comes as a bolt from the blue) which changes the course of the film totally. 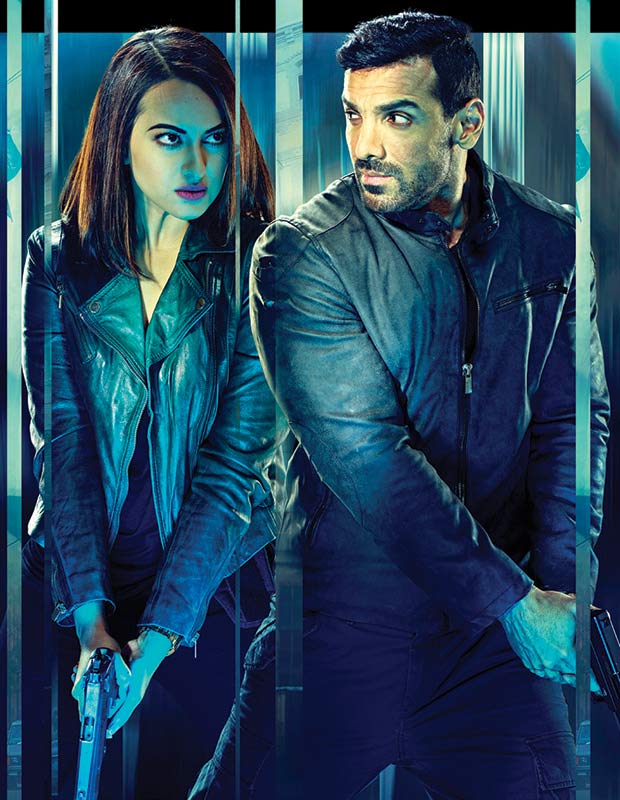 As for the performances, the film rides totally on the sturdy (quite literally) shoulders of John Abraham. Fresh from the success of the action packed DISHOOM, John Abraham delivers yet another power packed performance in FORCE 2. John’s role in FORCE 2 seems to be totally tailor made for him, who, by now has become a ‘pro’ in such
no-nonsense action-packed roles. On the other hand, after having exhibited and proved her action prowess in her last film AKIRA, Sonakshi Sinha takes to her role of a RAW agent in FORCE 2 like a fish to water. She shares a crackling onscreen chemistry with John Abraham, which shows in the film. Sonakshi Sinha, not just complements John Abraham’s character in FORCE 2, but also walks shoulder-to-shoulder with him. Unlike a typical Bollywood heroine, FORCE 2 sees its Sonakshi Sinha as an extremely strong character, who beats the daylights out of the goons. Tahir Raj Bhasin, who made his debut as the smooth menacing villain in MARDAANI, ensures that he convincingly continues his villainous streak in FORCE 2 as well. Even though he does his job exceedingly well in FORCE 2, he should make sure that he chooses varied roles in the future, as he might just get stereotyped in such roles. Rest of the actors help the film move forward.

Staying true to the fact that a film of such genre does not require any chartbuster tracks to push the story, FORCE 2 does not see any song (the club song notwithstanding) been thrusted into the film. While the music (Amaal Mallik, Gourov Roshin) of FORCE 2 is passable, it is the film’s superlative background score (Prasad Sashte) that holds the film tightly to the core.

The film’s cinematography (Imre Juhasz, Mohana Krishna) is top-notch. On the other hand, the film’s editing (Amitabh Shukla, Sanjay Sharma) is crisp and devoids the film of any dull moment. A special word of mention to the film’s action/ stunt director (Franz Spilhaus) for infusing such a wholesome ‘punch’ in the form of non-stop action, right from the word go. The film’s USP is its breath taking action, which will appeal to both the multiplex and single screen audiences.

On the whole, FORCE 2 is a power packed adrenaline pumping action thriller which has the right mixture of zing and force. At the Box-Office, the film will be appreciated by the audience. However the lack of chartbuster music, romance and demonetisation might act as a spoilsport for the movie. All in all, FORCE 2 is however worth a shot!

4 Years Of Force 2: Sonakshi Sinha recalls shooting with John Abraham and Tahir Raj Bhasin, says she is proud of the film

4 Years of Force 2: “Parts that are layered, have human flaws that attract me”, says Tahir Raj Bhasin

Force 2 distributors accused of piracy and leaking the film

A good message was conveyed but direction was not as expected. Story sounded more illogical and…