South Korean group BTS, who have been in Los Angeles since January 18 ahead of their album release, will be appearing on The Tonight Show Starring Jimmy Fallon on February 8, 2020 episode. The host announced the news on his show on Thursday night and said, “I’ll be interviewing them, and I want your help. If you’re a BTS fan and there’s a question you’ve always wanted to ask the band, we’re going to give you that chance.” 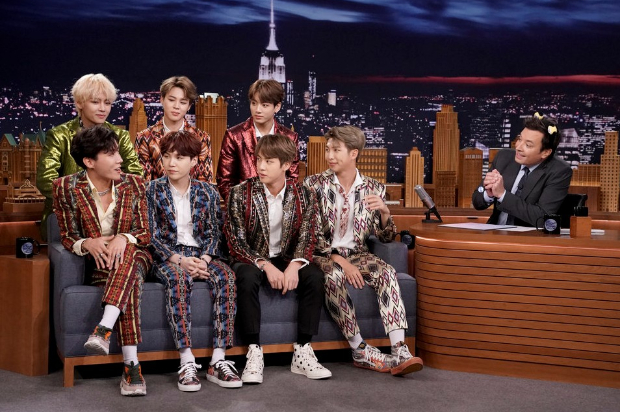 The Tonight Show host also took to his Instagram story to inform that tomorrow he will be filming with three guests - Jennifer Lopez, Justin Bieber, and BTS. He mentioned that the BTS Army can leave some questions for the band with the hashtag #FallonAsksBTS.

.@BTS_twt is coming back to #FallonTonight and Jimmy wants to ask them YOUR questions! Tweet your questions for BTS using the hashtag #FallonAsksBTS! pic.twitter.com/rDJfU8A6nM