The late actress Sridevi and Boney Kapoor's daughter Janhvi Kapoor made her debut last month with Dhadak. The film may have just released but she was already a social media star before that. The 21-year-old's pictures never fail to go viral on social media. 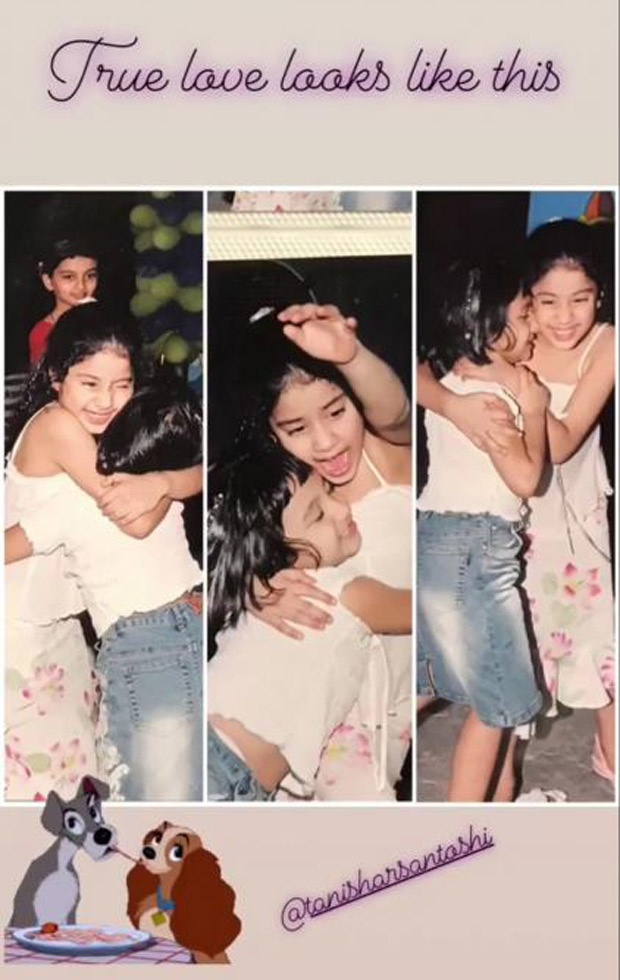 Recently, Janhvi Kapoor followed the throwback Thursday trend and shared a picture of her true love. Her BFF Tanisha Santoshi, the daughter of filmmaker Rajkumar Santoshi, happens to be the closest pal of her from the film industry. Even Tanisha's mother, Manila Santosh, was one of the closest friends of Janhvi's mom Sridevi. In the picture, Janhvi is seen in collage smiling all way and hugging Tanisha. Janhvi captioned the story, "What true love looks like."

Janhvi Kapoor's debut film Dhadak released on July 20. Directed by Shashank Khaitan, the film also starred Ishaan Khatter. With one film in her kitty, the actress already signed her second film with a mega film. It will be helmed by Karan Johar and produced by Dharma Productions. The period drama Takht will have Ranveer Singh, Kareena Kapoor, Alia Bhatt, Vicky Kaushal, and Anil Kapoor in the ensemble cast.

Also Read: First Kalank and now TAKHT, Karan Johar is all set to bring back the golden era of MULTI-STARRERS